Valerian and the City of a Thousand Planets (Film) 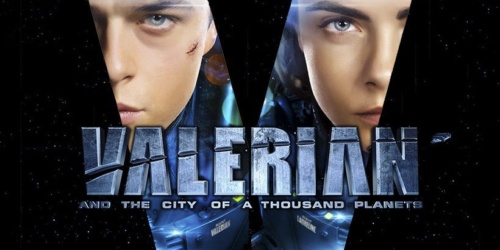 Review of: Valerian and the City of a Thousand Planets (Film)

Set in the 28th century, Luc Besson’s fast-paced sci-fi spectacular casts Cara Delevigne (Sergeant Laureline) alongside Dane DeHaan (Major Valerian) as special operatives policing human territories in a multi-species universe. Right there it has an undoubted curiousity factor. Can she act? Surprising well. Natural, a calm authority, perfect American accent and (this is no lie) overshadowing her co-star in that department until he kicks into stellar gear a hyperspace notch or two.

And contrary to popular reports this duo do not necessarily lack in the chemistry department, although they’re no Luke and Princess Leia. This Star Wars comparison is no casual remark; there are alien creature features such as a snitchy trio of Ewok-sized talking Platypuses, which prompt memories of the cutest and ugliest in the Lucasfilm franchise although there the comparisons end.

The Star Wars fairytale thrilled and charmed because of its dark versus light forces simplicity while blink a couple of times and you’ll lose pace with Besson’s highly charged sci-fi fantasy as the characters flit in and out of dimensions brandishing all types of confusing hi-tec contraptions on their mission to Alpha, a multi-species city in the midst of an unidentified cosmic threat.

Humans, as ever, disturbing the delicate balance of the universe with their incessant warmongering and Clive Owen portraying the worse traits of the species with his effective, but slightly wooden performance as Commander Arun Fillitt, responsible for planet-destroying on the Death Star scale. Ethan Hawke turns up as a sleazy, pimpish Stetson wearing bar owner, while a pole dancing Rihanna shape-shifts in more ways than one. Well literally actually. Her true guise is a malleable electric blue alien called Bubble who can assume any form but has a preference for the Umbrella singer when charming Valerian with her leggy, erotic moves.

This movie has also taken crowdfunding to a new level, as it was produced independently of the big studios and raised $210million. Yes, the most expensive independent and crowdfunded film ever. This is reflected in the quality of the production design and animation but similar attention to the slightly complicated script would have made this the film to bring out the bright skies during this wet English summer. One worth watching again, just to grasp it in tandem with all those visual effects that cry out for appreciation.