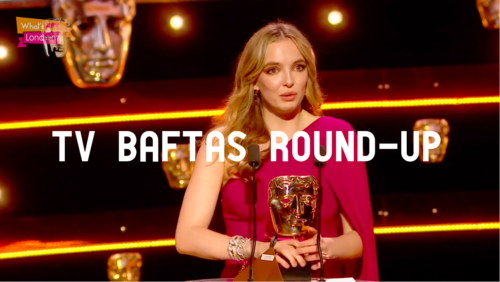 The stars were out in force last night for the TV BAFTAs at London’s Royal Festival Hall. Here’s a round-up of all the most important bits from another fantastic year.

On the red carpet, ‘This Country’ actress Daisy May Cooper made headlines after deciding to don a dress made entirely from bin bags. However, viewers were quick to applaud her after finding out she gave the money she would have spent on a dress to her local food bank. If only all the stars did that!

Graham Norton took on hosting duties again this year, delivering some cracking gags along the way. But the best joke probably came from Jessica Hynes after she won Best Female Performance in a Comedy Programme.

The nights’ big winner was the BBC’s ‘Killing Eve’ which scooped Best Lead and Supporting Actress as well as Best Drama Series. The battle for Best Actress actually played out between the two lead actors, but Jodie Comer came out on top for her stunning performance as Villanelle. Some on Twitter were angry that BAFTA bent the rules to allow ‘Killing Eve’ to be nominated, but with its British cast and crew, it deserved every award it won.

It was great to see Ant and Dec out on the red carpet together again as ‘Britain’s Got Talent’ and ‘I’m a Celebrity’ both took home prizes despite Dec having to host alone after Ant’s drink driving conviction. However, not everything went their way with Lee Mack pipping them to Best Entertainment performance for ‘Would I Lie To You?’.

Finally, Benedict Cumberbatch won his first ever BAFTA after 14 years of waiting for his performance in Patrick Melrose, with the programme also winning Best Mini-Series.

As with much of this year’s award season, women took centre stage. With groundbreaking writing and acting being rightfully rewarded. Though it may be a little early for self congratulations, British TV certainly has a clean bill of health.