ON THIS DAY Oct 16 in 1793 Marie Antoinette was beheaded not too far from the specially-built palatial, fairy tale village of Petit Hameau, Versailles where she once fancy dressed as a peasant while real peasants in nearby villages starved. Not too long after telling these peasants who didn’t have any bread to go and eat cake she saw her husband King Louis XVI executed by the disgruntled masses who wanted monarchial reform. Then in August of 1792 she was separated from her children and locked up at La Conciergeie jail in Paris where she was probably given little more than bread.

Even though she was an extravagant figure much hated for her dismissal of the grievances of her subjects, the National Convention, having declared France a republic, at first shied away from using the guillotine because such a powerful figure could always be used as a bargaining chip with other powerful national and international blocs. However, The Revolutionary Tribunal ruled otherwise. Not only was she a constant reminder of the excesses of the royal court, but she was Austrian and France was at war with Austria. Marie-Antoinette de Lorraine d’Autriche,” to give her the official court title, was carted off to Place de la Revolution where a baying mob had already gathered. The mentioning of d’Austriche in her name was to remind the court of her Austrian nationality. She died at the gallows age 38, the last queen of France. 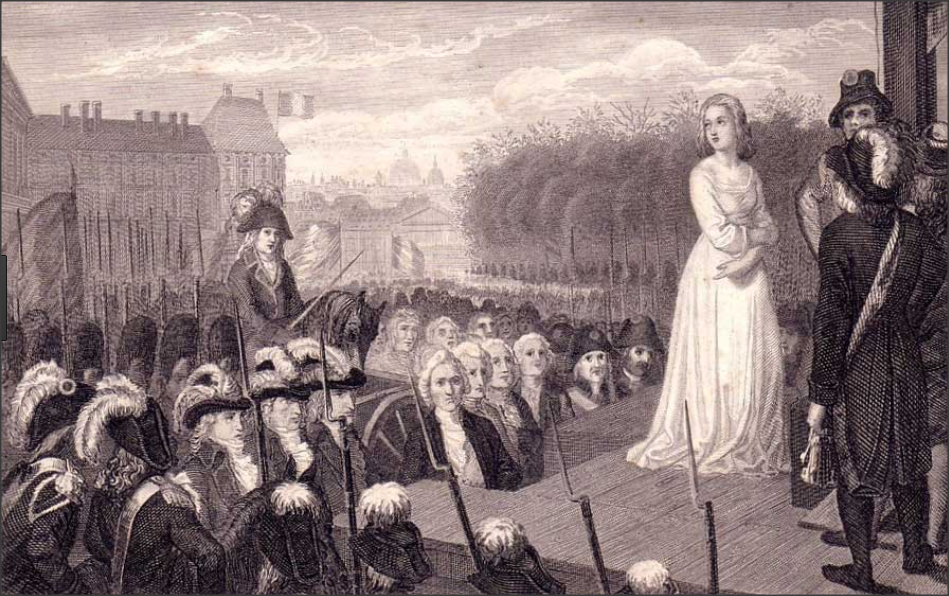 Some of the flamboyance and fashion of the French royal court will be revisited on Nov 10 at a London masquerade ball at the Holiday Inn Kensington, Wrights Lane where the organizer will be dressing up as Marie Antoinette. Also to cap the extravagance, expect to be served champagne and Godiva chocolate by masked footmen. And if you don’t have the right entrance fee, don’t worry, the doormen won’t be wielding a guillotine!