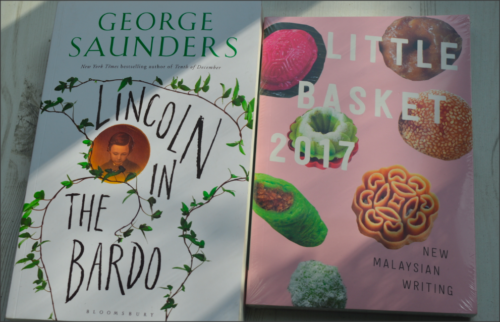 The London Book Fair merged with London Book & Screen Week in a way that suggested more marketing than serendipity. An estimated 25,000 people attended this March 14-16 event at the London Olympia which brought together both big name publishers and hopeful independents offering titles across every genre. Penguin Books and Harper Collins hogged the most coveted booth space closest to the entrance but with publishers’ booths occupying every inch on all three floors, you’d need every minute of those two hours to get through the rest.

Also, a total of 125 countries were represented, amongst them Malaysia’s Fixi London launching volume 2 of their short story anthology Little Basket 2017: New Malaysian Writing. Strictly speaking, it’s a collection of shorts, essays and poetry from the best of Malaysia’s emerging talent. After a national call out for literary work the 500 entries were whittled down to a final shortlist of 21, the editing team of Catalina Rembuyan, Lee Ee Leen, Ted Mahsun and Tshuing Han See coming together to finalise selections.

The Mirror Group’s sales and licensing team stood in the shadows of a colossal poster of the colossus that is Frank Bruno, promoting his autobiography which is released in October 2017. Also, Bloomsbury were touting George Sanders’ latest work Lincoln In The Bardo. This 2014 winner of the Folio Prize enters 2017 with an intriguing tale which takes the historical fact of the death of President Lincoln’s son into a supernatural realm that embraces the Tibetan bardo.