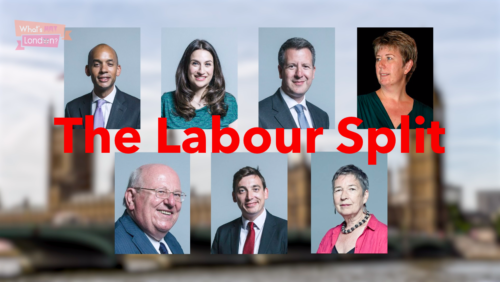 This morning 7 MPs resigned from the Labour party to form a group of independent MPs called ‘The Independent Group’. These MPs: Chuka Umunna, Luciana Berger, Chris Leslie, Anglea Smith, Mike Grapes, Gavin Shuker and Ann Coffey each seem to have found their own reasons to quit. For Luciana Berger it was antisemitism and for Chris Leslie is was Brexit. However, if one thing unites them its an ideology placing them to the right of the current Labour party.

The group is not forming a new party (yet), but they are open to the defection of other MPs from across the political spectrum to help them “build a new politics”. If that happens, many on the left fear a repeat of the Labour party split of 1981 which saw a breakaway group called the SDP split the Labour vote and keep Margaret Thatcher in power.

Partly due to that fear, the response to this has been mixed, to say the least. Many Labour supporters have decided to attack these MPs, effectively saying ‘good riddance’ instead of taking their grievances seriously. It’s clear to see how hard a decision this was and to treat these MPs like traitors rather than tackle the issues which are ripping the party apart seems foolish. The Labour party has always encompassed a wide range of views and to purge the more centre leaning MPs from the party could exacerbate these divisions and help create the new party which the left so fears.

Should that happen then Jeremy Corbyn’s risky Brexit strategy could come back to bite him. For instance, 80% of the Labour membership opposes Brexit, but the Labour leadership are going ahead with it anyway because many of their target seats for the next election voted to leave. Jeremy believes that whatever harm Brexit causes will be worth it to install a Labour government with a progressive agenda. But with a new party on offer which stands against Brexit, there are real questions about how much of the membership would stick around.