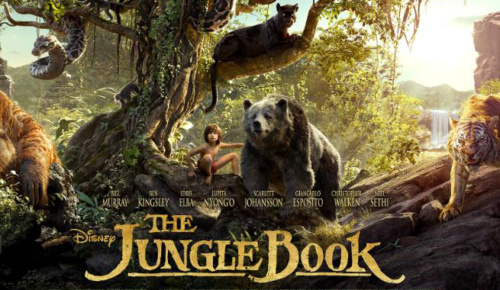 We had to wait almost 50 years for this movie to come out. The Jungle Book from 1967 is an all time classic and it’s no easy task to climb out of the shadow of such a predecessor. Yet Jon Favreau did an excellent job as director and mastered the challenge. Jon Favreau uses great Computer Generated Imagery (CGI) with additional live action shots such as water on the lens that makes the imagery appear like a realistic dream. Favreau is no novice to special effects having worked for the Marvel Cinematic Universe (MCU) where he directed big blockbusters such as Iron Man 1, 2 and 3.

Maybe we had to wait this long for the remake as only now technology was able to add a new aesthetic to the film that will make it stand out from Disney’s 1967 Jungle Book. The two movies although tell the same story do so differently. Favreau and the screenwriter Justin Marks still pay homage to the legendary bit of the 1967 film, but put their own spin on them; they also include parts from the book, such as the water truce. The audience can also look forward to classic songs such as Bare Necessities and I wanna be like you, reminding us of the songs of our childhoods, but with a modern spin.

The voices that breathe life into our beloved animated characters have been chosen well: Bagheera voiced by Ben Kingsley captures the pride of a cat, but has the cinematic tone that opens this film with a voice over. Bill Murray is the voice of Baloo and gives the bear the ease and fun audiences want. Whilst Idris Elba (one of London’s great actors) lends his voice to Shere Khan and nails his performance. The incantations were perfectly chosen and timed; a few sound effects  added on top of it and viola! here you have it: a tiger whose word captures our attention. Scarlet Johansson voices Kaa and whilst her voice is a great choice, what stood out was the part were the snake hypnotizes Mowgli. As we glance into its eyes the camera focuses on one, which then slowly disappears and fuses into a part of the story, even as a charming and soothing voice narrates how Mowgli came to live in the jungle.

Yet Christopher Walken really stood out as King Louie, especially when he sung I wanna be like you. Instead of an Orangutan but a Gigantopithecus, an extinct species of giant monkeys. His delivery was a classic Walken performance and managed to capture the sinister aspect humans and monkey share.

Neel Sethi, the thirteen year old kid who plays Mowgli, also acted well for his age and definitely carried the part well. Especially as he had to act in front of a green screen most of the time by himself!

All in all, the movie is a well crafted composition of many factors: from an excellent cast, to a well written script and state of the art CGI. The film features one of the best opening sequences I have seen recently: after the Disney logo appears the camera suddenly moves back wards and drops the audience off in a hyper realistic jungle setting. A must see for old and young.