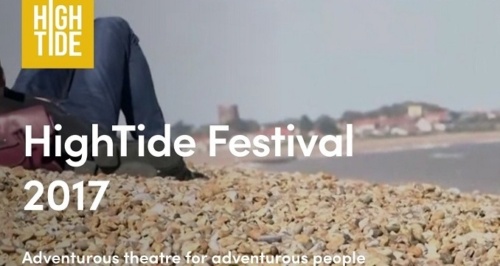 TODAY, Sept 26, is the opening day of the HighTide Festival 2017, the first of its kind in London with Walthamstow the preferred location in the capital. There will be 12 days of live performance ranging from cabaret to theatre. A temporary theatre called The Mix has been set up in Festival Square, Walthamstow Town Square Gardens conveniently right next door to Walthamstow Central train station.

This hi tech, state-of-the-art venue contrasts with the architectural wonder that is the 1930s former Granada Cinema nearby on Hoe Street which now serves as an arts venue. It will hold live readings of new plays in its cinema room now affectionately known as Maud. The cinema’s ticket booth has been converted into a cocktail bar known as Mirth

Plays to look out for? Talawa Theatre Company present The Girls by Theresa Ikoko. Three best friends are kidnapped and their friendship holds strong throughout the ordeal. Kanye West fans might appreciate the world premiere of Sam Steiner’s Kanye The First – perhaps even Yeezy himself. The star takes centre stage (not literally) as the object of adoration and subject of existential issues.