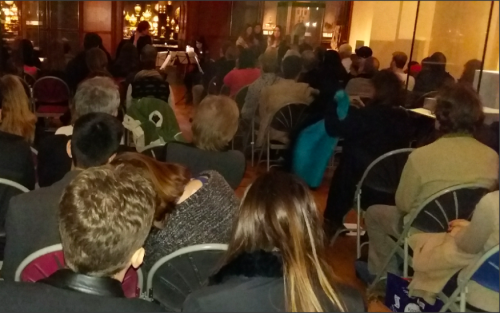 Two great cultural institutions, The British Museum and the Royal Academy of Music, came together on Friday evening, March 18th for a performance which was a delightful paean to the European Enlightenment. Conveniently performed in the museum’s Enlightenment Gallery, it celebrated an age when 18th century intellectuals across Europe embraced a new way of looking at the world based on reason and empirical thought.

The Academy’s gifted Halcyon Quartet of Claudia Fuller and Leidy Sinclair on violin, Betti Racz on viola and HeeYeon Cho on cello are all final year music students who debuted on BBC Radio 3 a year ago, with an impressive portfolio of recital series behind them since then – including the Crying Out Loud series and the Academy’s own Leipzig Series.

All the seats were taken but the curious still gathered as the museum’s ornate corridors and halls rang with the sounds of Haydn: String Quartet in E flat Major and Beethoven: String Quartet in F Major. Passionate, poetic and flawless, they worked their audience into a transfixed silence. An hour seemingly flew by in a couple of minutes and many stayed seated well after the quartet had taken their encore. What finer praise and appreciation could you get than people who don’t want to go home?