The Girl on the Train (Film) 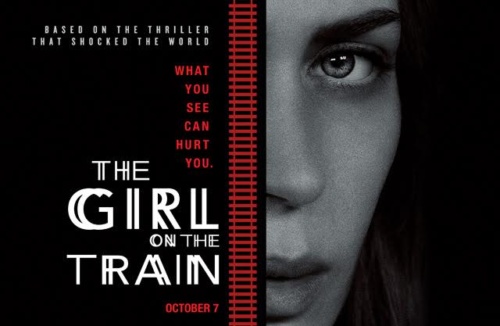 Review of: The Girl on the Train (Film)

With an idea which remains refreshingly simple in its execution despite its twists and turns, director Tate Taylor takes us on an express train ride through alcoholic lead character Rachel Watson’s (Emily Blunt) inebriated and confused version of the events leading to the death of her ex-husband’s nanny. Adapted from a book by Paula Hawkins it still retains the feel and plot development of a thriller novel, relying on mazy screen writing and deftly complimented by atmospheric yet unshowy direction and cinematography.

When a murder is reported, Rachel’s account of a cuddling and kissing couple she sees during a train commute unravels like an old-fashioned psychological thriller with Hitchcockian suspense elements. Her perspective is clouded by extreme drinking bouts which often lead to her passing out, leaving gaps in her memory where her actions cannot be accounted for. We later discover that there is a connection to her own ex-husband she is accused of stalking. Certainly she has an unhealthy obsession with him if, as we are made to believe, she rings him numerous times a day and at every opportunity is found walking past his idyllic white picket-fenced lawn staring out his new wife and baby.

It’s clever story telling that sets us up to see Rachel as the baddy in all of this, especially when one of her flashbacks shows her almost taking a golf club to her husband’s head and walking off with his new wife’s baby. His dumping her seems like something any sane man would do. When his child’s nanny disappears Rachel is the number one suspect and the riddle deepens. The approach here is to provide a pure, unwinding narrative, unfettered with customary OTT Hollywood tricks of engagement. Keeping true to the nature of literature, and not necessarily the book, it turns cinema on its pretty little head and perhaps harks back to a period in the 50s and 60s when style over substance devices were rarer and the story was the be-all of the cinematic thriller.

Emily Blunt is believable as the muddled, rejected lead character who seems to be living a car crash life style, unable to forget her cheating husband and move on and finding her solace in any cheap bottle. You get the impression that Rachel herself is unsure of her own dodgy memory and seems to wrestle with her own accounts in her head when grilled by the local police chief. This will delightfully confuse the audience in turn, as you ponder over whether she is the culprit or victim.

The underlying sub-text of this film is also about relationships and how complex they become during break ups. If you see the film played out through Rachel’s gaze you see her uncontrolled rage as justified to a degree (obviously not to the point of murder) when it’s revealed how her ex-husband has treated her. His young and pretty new wife comes across as a pure as snow mother protecting her toddler from a crazy ex until all the missing blanks are filled in. Her husband fares much worse.

There’s a good reason why this film topped the global box office so soon after its release despite the staid, understated publicity materials and cleverly simple title. Make sure you get to see it on the big screen before DVD takes away it’s quadraphonic-surround sound power. It’s the closest you’ll get to being in a book that unfolds chapter by unsettling chapter.