The Birth of a Nation (Film) 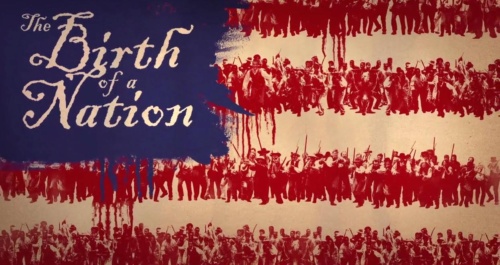 Review of: The Birth of a Nation (Film)

This period drama about the 1831 Nat Turner slave revolt is a five-star surefire bet to be amongst the Oscar nominees in January 2017. Directed, produced and co-written by Nate Parker, he also stars in this, his debut feature, as the brutalised slave and Baptist preacher who at first uses bible sermons to placate his fellow mistreated slaves and later takes biblical chapters of uprising and redemption as his inspiration in leading a violent backlash.

Already feted at the Sundance Film Festival 2016 where it won the Grand Jury Prize and Audience Award and broke records for distribution rights, Parker’s directorial emphasis is showing how the stirring cinematic grace of 17th-century Southampton County, Virginia ties itself to the worst deeds of mankind without breaking stride. He holds nothing back in showing the inhuman treatment of the cotton-pickers behind closed doors. Enough to make the preacher cast aside the good book when the oppression reaches an unbearable point.

The director opens early with this ‘divinely inspired’ mission as slave-born Nat has dreams where he is free and amongst his African ancestors who point out the three moles on his chest show he is marked out by the Gods to be a prophet and leader. Given this, we expect the Nat Turner maturing from youth to manhood to be aggressive and rabble-rousing from the off but instead we recognise why he is presented as a quiet, humble and servile individual who has all of the humanity beaten out of him before he is forced to become this messianic and feared leader. Which brings to mind a famous saying: “Some are born leaders, some achieve leadership, and some have leadership thrust upon them”.

Whenever you watch a film where you don’t notice the acting because you are so captivated by the unfolding drama then you know the actors have done their job. Their purpose is to ensure that their contribution as essential ‘storytellers’ goes heeded. Nothing more. So purpose served. Your eyes won’t leave the screen for one moment and the natural, understated acting makes watching their brutal treatment all the more gruelling.

It’s particularly interesting to see how Nat’s relationships with his white owners changes through they years. He is the same age as his owner Samuel (Armie Hammer) and when they are young sit innocently together at play and church while Samuel’s mother (Penelope Ann Miller) encourages him to read and write when she notices his curiosity in this department. The realities of the rural South mean that as he becomes a man he cannot so much as look a white man in the eye as open a conversation with him. Nat gets being beaten when a white child drops a toy and he hands it to the white mother. This punishment comes for merely talking to her. Here Nate Parker continues to play him as a man with his head lowered, fearful of locking eyes with his cruel oppressor but not yet a broken soul.

Perhaps the rod that breaks his back in this sense is when his master is paid by local plantation owners to send Nat to preach to unruly slaves. There is an atmosphere of unrest as economic hardships in the South mean slaves are treated even worse since they are at the bottom of the social strata. Nat’s fiery sermons of reassurance calms the beaten-down, desperate blacks but eventually this doesn’t sit well with him. When the inevitable vengeful bloodletting comes bitterness on both sides reaches pitiful proportions. Terrified white landowners are slaughtered, even beheaded and the army are sent in as mayhem spreads, with blacks seen as open targets whether they are involved or not.

If you see one film in the festive season see this one. In a year of sometimes over- hyped, grossly indulgent movies this one lives up to its promise by taking a story out of the history of slave insurrection and presenting a big screen account that will have you seated till the final credits.