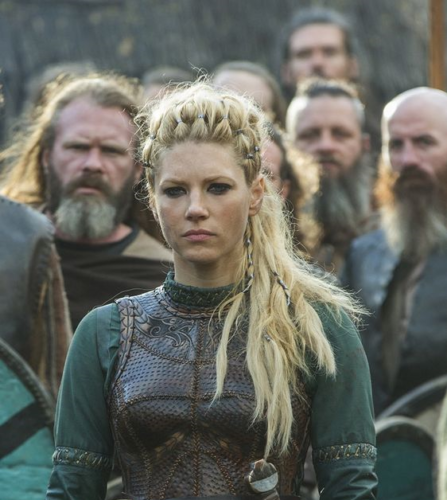 When we last saw Vikings, Ivar and what remains of his army were travelling east, Harald had saved Bjorn’s life at the cost of being seriously wounded, and Bjorn was declared king by both Olaf and Lagertha. Given what has transpired at the end of season five, it would be safe to assume that these characters will survive to reprise their roles in the upcoming sixth season. Although, given the show’s propensity for sudden murder, don’t rule out unexpected deaths from happening as soon as the first episode rolls out.

Speculation aside, Digital Spy can confirm that Katheryn Winnick as Lagertha will be reprising her role as per the actress’s own social media posts. Winnick is also reportedly slated to direct several of the new season’s episodes.

Meanwhile, in terms of new casting, it’s been confirmed that Russian actor Danila Kozlovsky will be playing Oleg of Novgorod also known as Oleg the Prophet in Season 6. Based on a historical Varangian Viking prince who conquered cities and sailed the rivers of Russia, Ukraine, and Belarus, this could mean that the show is expanding eastward. Further fuelling this speculation is the fact that Bjorn is now king – his combined goals of finding glory in the Mediterranean and dealing with Ivar could lead him to venture east, where he might cross paths with Oleg. And if historical inspiration is any indication, we’re also bound to see much more of Rollo, who in real life reigned and lived well into his senior years.

After five seasons and with a sixth one in the works, Vikings is certainly making its mark as a period drama, and it’s far from over. The show has built up a loyal fan base since its first season, which is reflected in the dramatic rise in interest over the years.

Parrot Analytics who measure demand expressions (“the total audience demand being expressed for a title, within a country, on any platform, per 100 capita”) put Vikings in the top spot of the most popular shows in January 2018. The average demand expression was 15.22, which was up from a previous average of 5.23, and even beat Game of Thrones’ audience demand.

The massive success and popularity of the series has had a knock-on effect in other industries, particularly the gaming industry. Viking games, either directly related to the show or inspired by the growing audience interest in the time period, are popping up across the internet. Mobile-friendly slot portal Slingo features numerous Viking-inspired games including Vikings which is a licensed adaptation from the show, as well titles like Vikings Go Berzerk, Vikings Go Wild, and Vikings Go To Hell. The array of spin-offs are further proof that Vikings has become a household name, and has helped audiences learn more about the history of the civilisation. This is why fans are so bloodthirstily desperate for any information about Season 6.

As for the release date, the show’s previous patterns point to the first Season 6 episode to air sometime around November, 2019. Although to be clear, there’s been no official confirmation.