Home  /  Highlights  /  Tech Trends: Are Cars About to be Outlawed by Driverless Technology?

Tech Trends: Are Cars About to be Outlawed by Driverless Technology? 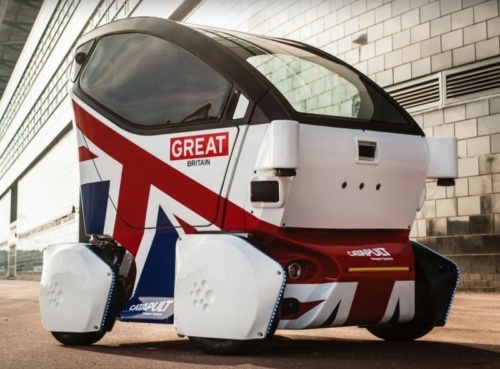 With news that driverless cars have been tested on the streets of East London comes the realisation that car technology is fast catching up with the environmentally-unfriendly diesel and petrol models. Self-driving shuttles carrying up to 100 people travelled around Beckton guided by cameras and lasers but moving at a safe 10mph in a path more commonly used by pedestrians and cyclists. These driverless Nissan LEAFs have also hit the 50mph mark during the East End trial – the Japanese motor company’s first in Europe.

Britain is wooing manufacturers well aware that this technology will be worth £900billion by 2025. Pioneers Tesla and Google have left rivals standing but lesser known brands such as Oxbotica are catching up fast as the global community picks up on the urgent need for an alternative on our congested and polluted streets. Not to be outdone, Britain’s Jaguar Land Rover plans its own tests in 2020 and the government recently announced £100million worth of investment in autonomous driving technology.

The vehicles work by a guidance system linked by the dozens of cameras, radars and lasers on the vehicle’s body which pick up on vehicles up to 100 metres ahead, colour-coding them green and red. They can even do an emergency brake if they detect something suddenly appearing in the car’s path. The sophisticated Pro-Pilot single lane software is being fine-tuned for pedestrianised environments only but there is no saying how far and quickly this will spread into the transport network with politicians seeking more immediate measures to protect the environment.

Recent pollution tests have revealed Oxford Street to be amongst the worst in the world and London figuring high across the board. The European Commission has repeatedly warned the London authorities about the breaches of safe nitrogen dioxide levels. Will all diesel and petrol cars eventually be banned? Certainly, Sadiq Khan has called for a ban on all cars near schools so that children’s health is not affected by toxic air in their playgrounds. He has also said that a national scrappage fund for diesel is essential to safeguard the health of the vulnerable. So as it stands at the moment electric is the safest way to go and its introduction seems unstoppable.