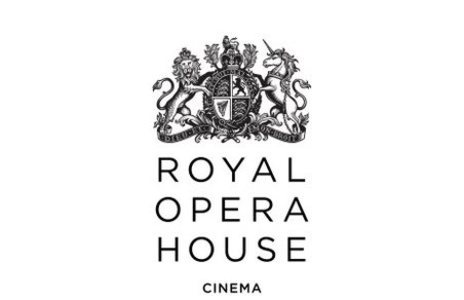 Tannhaüser is something of a problem-piece.  It is probably the weakest of Wagner’s mature operas, it is rarely performed and Wagner himself was never entirely satisfied with it.  He revised the work several times and said shortly before his death “I still owe the world a Tannhaüser”.

Most of Wagner’s revisions affected the music rather than the plot.  Indeed, musically the work is something of a curate’s egg, with some parts better than others.  But the finest parts are indeed excellent and provide a vehicle for superb singing.  In this respect the current revival at Covent Garden does not disappoint.

The performance begins with the so-familiar but still spine-tingling overture, surely one of the greatest in all opera.  On this occasion it seemed a bit under-powered and the brass sounded over-prominent.  Perhaps it was the conductor’s fault, perhaps it was just me!

During the overture, a figure in a black cloak sits in a chair in a corner of the stage.  In the middle, teams of men and women wearing black and white dance and cavort on and around a long table covered with a white cloth.  They remove some of their clothes.  The solitary figure in black leaves the stage with them.  Another, similarly clad figure takes his place; then more dancers emerge and eventually, leave the stage with the man in black.  This is repeated again.  I was struggling to see the relevance of this to the plot; perhaps the point of the black and white colours is to emphasise that there can be two contrasting views of the same subject.

The work is set in medieval Germany.  Act 1 begins in the Venusberg, where the knight Heinrich von Tannhaüser has been enjoying the pleasures of the flesh with Venus, goddess of love.  She asks him for a song in her honour (Dir töne Lob) which he starts but finishes with a plea to be allowed to leave for his home.  She implores him to stay, at one point stating the rather obvious by sitting on a large bed.  Tannhaüser is determined to leave and Venus frees him, predicting angrily that he will return to her.

The action moves to a valley, where Tannhaüser sinks to his knees in prayer after being inspired by pilgrims on their way to Rome.  A group of knights enter.  They do not recognise him at first but slowly recognition dawns and they ask where he has been.  He is evasive.  He declines their pleas to re-join them, until they mention Elisabeth, niece of the Landgrave.  They explain that she has withdrawn from company since he disappeared.  He asks them to lead him to her.

Act 2 takes place in the Hall of Song.  The staging suggested a ruined grotto, with rubble and a broken-off corner of what looks like Covent Garden’s proscenium arch.  Presumably this was to suggest that society had deteriorated in Tannhaüser’s absence – or perhaps, because of it.  Elisabeth enters and sings her famous aria Dich teure Halle (Dear Hall of Song).  She and Tannhaüser greet each other joyfully but he is again evasive when asked about his absence.  The Landgrave enters and announces a singing competition in which the entrants will be asked to sing about the true nature of love.  The first entrant is Tannhaüser’s friend Wolfram, who sings about courtly and spiritual love.  He is followed by Tannhaüser, who extols the joys of sex.  The knights are outraged; Tannhaüser tells them ‘if we were all as timid as you, the world would come to an end’.  The two sides become entrenched; the Landgrave pleads for order but this is impossible when Tannhaüser sings ‘if you want to know the true meaning of love, get to the Venusberg’.  The knights realise where Tannhaüser has been.

Elisabeth collapses and is led from the stage in horror.  She returns when Tannhaüser is threatened physically and tells the knights that only God judges.  Pilgrims pass on the route to Rome.  The Landgrave tells Tannhaüser that only forgiveness from the Pope will save him from eternal damnation.  Tannhaüser cries ‘Nach Rom!’ (To Rome!) and rushes after the pilgrims.

In Act 3, the ruined grotto (if that’s what it was) has deteriorated further.   The broken off section of the proscenium arch is now in two pieces.  Pilgrims return from Rome, singing their famous chorus.  Elisabeth and Wolfram scrutinise them desperately, realising that Tannhaüser is not among them.  Elisabeth leaves the stage in despair.  Wolfram sings his famous song to the Evening Star.

Tannhaüser staggers exhaustedly on stage.  He tells Wolfram about his journey to Rome and how he walked barefoot over stones and thorns, to no avail.  The Pope refused him absolution, asserting there was as much chance of him being forgiven as there was of his (the Pope’s) staff bearing leaves.

Tannhaüser calls on Venus to take him back.  She appears, calling to him.  In desperation Wolfram calls on Elisabeth.    Tannhaüser pauses; then news arrives of Elisabeth’s death.  In grief, Tannhaüser also dies.  More pilgrims arrive from Rome, proclaiming a miracle: the Pope’s staff has sprouted leaves.  Tannhaüser is saved from eternal damnation.

So what is this curious work about?  It’s often been seen as an allegory of the struggles an artist has to win acceptance from society.  This would have been an appropriate subject for Wagner, given the difficulties he had in getting his works performed.  But there is more to it than that.  The Wagnerian enthusiast Paul Dawson-Bowling argued in a recent lecture and also in his book ‘The Wagner Experience’ that the opera is largely about attitudes to sex.  He pointed out that in Germany, ‘Venusberg’ is a term for a well-known part of a lady’s anatomy.  And the knights, Elisabeth and Landgrave express horror at the thought of Tannhaüser enjoying himself.  Paul D-B also pointed out that the Evening Star, extolled in song by Wolfram, is actually the planet Venus.

Does the work come down on any side of the argument?  Tannhaüser is saved from damnation, which suggests that a life of debauchery may not be so bad after all!

On the other hand, salvation is only granted after repentance and the death of the principal character and the woman he truly loves.  Perhaps the message is that sex is OK provided it’s with the right person!  As for devoting a whole opera to this subject, I’m reminded of Zola’s novel Nana.  Perhaps people in the 19th century were just as obsessed with sex as is present-day society.

And finally, what of the performance?  The veteran Peter Seiffert as Tannhaüser is a little elderly for some but few singers could match his effortless top notes in this difficult role.  Sophie Koch was superb as Venus and Emma Bell marvellous and affecting as Elisabeth.  The chorus was brilliant and the evening generally well-conducted and paced by Hartmut Haenchen.  Best of all was Christian Gerhaher as Wolfram.

Is this hot?  The production is a bit drab and doesn’t reveal much about the society that rejectsTannhaüser.  The singing is at times tremendous though and Gerhaher is simply not to be missed.  This may not be as hot as your honeymoon but still gets four stars out of five.

There are three further performances, on 8th (a matinee) 12th and 15th May at the Royal Opera House.  There are plenty of tickets remaining.  44 cheaper ones are on sale to personal callers from 10am on the day of performance.