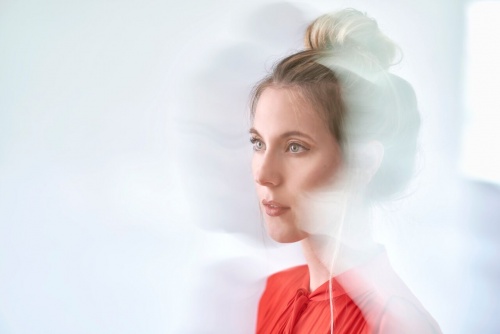 London, England. After the consecutive successes of T U R Y A’s singles ‘Rain’, ‘Falling’ and the recent hit ‘Cry Me Out’, the gifted singer, songwriter and composer releases her hugely anticipated debut album ‘Ocean’ on 20th July 2018. To celebrate the launch, the captivating singer will perform an intimate gig at London’s St Pancras Old Church on the 23rd July where she will showcase her stunning album tracks.

‘Ocean’ is a path of ethereal self-discovery and the process of maturing, something everyone can relate to, and this is echoed throughout each song on the album. Throughout the album,  T U R Y A takes the listener on an emotional journey. Starting with the feeling of innocence, moving into unguarded vulnerability, and then to an openness and fear of getting emotionally hurt, and then finding one’s own sense of security and reconciliation, ultimately finding peace in the relationship with oneself.

Nicki Wells, the person behind T U R Y A, takes inspiration from Indian Classical Music, which she studied as a teenager in India. The name comes from Turiya, a Sanskrit word, meaning a state of pure consciousness, the silence one experiences after sound. This influence is echoed throughout the new single.

T U R Y A’s vocal and songwriting approach is a cultivated collection of melodies, combined with uniquely captivating, bittersweet and moving vocals. It’s these elements that have shaped ‘Ocean’.

T U R Y A describes her unconventional background, and how it impacted on her music “I grew up in Himachal Pradesh between the ages of 6 and 10, and just absorbed the sound, colours and culture of the region,” she explains. “When you’re a kid, I think you have the ability to easily adapt to your environment. The school was academic, but in the morning, we’d also wake up and meditate as part of the curriculum. It was all about kids climbing trees and scratching their knees, with an emphasis on self-expression and not being saturated with materialism.

T U R Y A explains: “Ocean is about the journey from child-like innocence, to emotional vulnerability, then getting wounded in that openness and finally reconciling with oneself through surrender and acceptance. It was a cathartic body of work to make and was a healing process in many ways. The title track Ocean really sums up that theme of surrender, finding peace within oneself and accepting wherever the universal flow takes you.”