States of Mind: Tracing the Edges of Consciousness (Exhibition) 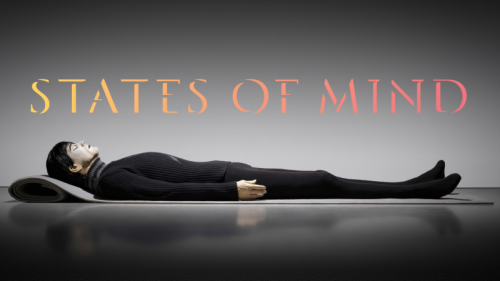 Review of: States of Mind: Tracing the edges of consciousness (Exhibition)

The mystery of consciousness is examined on many levels at this exhibition at the Wellcome Collection with developments in neuroscience at the forefront of this, but superstition, nightmares and art also figuring heavily.

It covers everything from a basic introduction into the workings of the unconscious to detailed theories from centuries past and the modern day. Aya Ben Ron’s work Still Under Treatment filmed at Jerusalem’s Hadassah Medical Centre shows seven patients under general anaesthetic. This depiction benefits from camera technology not available to generations past and therefore has a more clinical emphasis. The contrast can be seen with Henry Fuseli’s chalk on paper artwork The Nightmare (1781) which shows the enigma of sleep paralysis as a dark, satanic experience steeped in fear and superstition.

A similarly nightmarish painting by Richard Tennant Cooper combines both superstition and science. It shows demons with surgical instruments attacking a man lying on an operating table. Painted in 1912 when theories of the unconscious were in a state of flux it represents the public’s fear of surgical chloroform and similar medical developments.

The art theme continues with Nabakov’s Alphabet of Sound, with each painting matching a specific colour to a letter of the alphabet. This condition called synaesthesia causes people to have a sensory mix up where they hear or even taste colours. Apparently the artist also suffered from this condition.

The exhibits also educate on standard scientific developments, enlightening the general public on complex areas such as the build up of Alzheimer’s plaque and for true biology boffins there’s even a reference to reticular and neural theory.

The States of Mind: Tracing the edges of consciousness exhibition is on at the Wellcome collection until October 16. Admission to the museum is free.