Some ‘Forgotten’ Key Workers During Pandemic 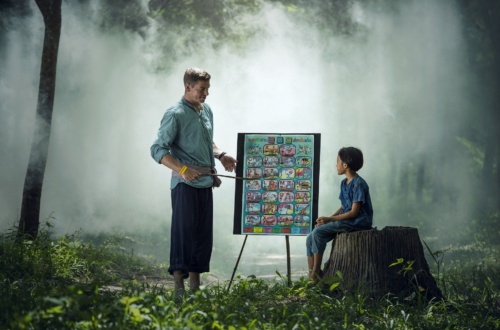 Clapping for the carers and predominantly the NHS was a wonderful gesture to the tireless efforts to the staff keeping people alive and tackling the pandemic quite literally on the frontline. It not only displayed the love people have for the National Health Service but the amount as well, as social media was flooded with videos of entire streets, towns and cities erupting into applause and cheering to support NHS staff and carers.

But there are many key-workers with little to no acknowledgement. As most of us self-isolate, work from home or wait to be able to work again. There are many who have had no choice but to continue working and continue almost as normal.

From refuse collectors to border force employees there are still many putting themselves at-risk by going outside everyday and continuing to work. It’s also worth noting that teachers although it may seem like they would now be free to be at home for the foreseeable future while school is out, we must remember to acknowledge them also. Teachers are still working, giving the children of other key-workers an education in these uncertain times.

When school was cancelled it was among the first clarifications that some pupils would still have to go into school. Teachers also recognised the effect that home-schooling would have on parents as this transition is going to be difficult.

A copy and paste post went viral, where teachers across the country offered their help to parents in need to help with home-schooling. The post reads: “While the world begins homeschooling/remotely/digitally educating our kids, if you need assistance with understanding something that has been assigned for your child, or if you need more resources, just give me a shout.”

Commendably, it gained a lot of traction. While teachers offered their friends and family on social media platforms, a way of reaching out to professionals where homeschooling can be a difficult challenge for both parents and children adjusting to a new way of schooling.

There are many key workers out there with less recognition as their work can go under the radar. For instance the border force. Without the work of the border force the country would also be susceptible to other widespread issues and the regular threats it faces on a daily basis. From drugs to terrorism, these workers are the front line of defence during a time where the country could potentially be more vulnerable to various issues. As a lockdown of the entire country isn’t in place, flights are still regular with thousands of people still coming in and out of the country.

There are of course many other, thousands in fact, more key workers that could be mentioned. These are just some of the occupations that may have gone under the radar during a time where there are many people to thank in their efforts during this pandemic.

The categories of key workers according to the government list are: Health and social care, transport, education and childcare, key public services, local and national government, food and other necessary goods, public safety and national security, utilities, communication and financial services.

Many aspects of our daily lives have had to continue as normal and in some areas demand for things such have either increased or decrease along with the pandemic. As more people worry about their finances, online support across every industry will have to cope as face to face dealings cannot be solved.

Usages of streaming sites like Netflix has increased globally, with more people staying at home. More people are looking into how the government can help with their claims meaning places like HMRC, DWP have been inundated with claims. In fact the demand for Universal Credit is so high the Department of Work and Pensions have had to employ 1500 more staff and move around an existing 10,000 staff to deal with the demand. That’s a similar story for many companies where they are now in such huge demand. It comes down to the fact there are still thousands of people continuing doing their job during this pandemic and should all be thanked as well.