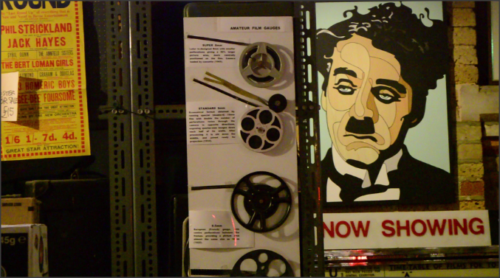 Eddie Saint-Jean, editor of What’s Hot London? magazine attends a screening of his short film at the Cinema Museum, Kennington. His film When The Earth Fell Down is about an environmental disaster. The film event was organised by Exploding Cinema who screened 20 experimental films submitted by film-makers from all over the world.