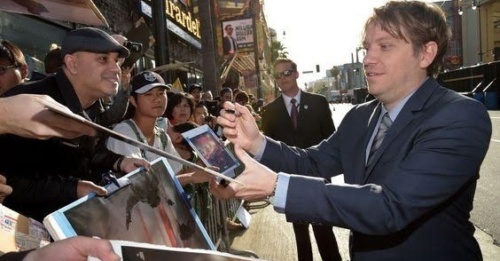 As we move into the final week before the Hot Shorts Film Festival & Awards on October 8th we take a look at how winning a London film festival not commonly regarded as one of the biggest festivals out there (Sci-Fi London) propelled writer director Gareth Edwards onwards to direct Hollywood movie Godzilla and later Star Wars. We ask can there ever be a one shoe fits all route to movie success? Perhaps pursuing the well-trodden and more obvious routes to the top can actually hinder one’s awareness of the more indirect options which sometimes offer unexpected inroads into the over-subscribed movie world. We look at his career and break it down into digestible steps.

The percentage of filmmakers who get a foothold in the industry is notoriously tiny, so those that succeed certainly become something of a workable business model that you might want to follow. First you have to accept that no two successful filmmakers follow the same route to the top. There are many Oscar nominated short film-makers who are unheard of today and others like director Gareth Edwards who triumphed in lesser known festivals, such as Sci-Fi London’s 48 hour Film Challenge and is now enjoying Hollywood success.

So what exact steps did he take? Well after a successful 10 year career as a visual effects artist he decided to up the ante in his film directing and made his haunting, atmospheric short film Factory Farmed that won Sci-Fi London’s 48 Hour Film Challenge in 2008.

Step One  – win any short film festival. It will probably give you a feeling of movie-making invincibility. At the very least it will give you the drive to remain in the thick of it and pursue your dreams regardless of obstacles faced. And the bottom line is the longer you resist quitting the more likely the odds will fall in your favour. You have to be in it to win it.

Edwards then took his special effects skills to the next level, applying them in his debut feature film Monsters, which he also wrote and directed. Essentially, the crew was just Edwards on camera alongside a sound operator. The production set-up for his sci-fi monster movie was resourcefully minimalist yet became enhanced to Hollywood-style cool because of his prodigious special effects skills.

Step Two – shoot a minimalist feature film. But be prepared to put the rest of your life (and your bank account!) on hold to achieve this gruelling accomplishment which can sometimes take several years from pre-production to post-production.

After Monsters was released it was so entertaining and set such an impressive benchmark for technical skill, considering his limited budget and minimalist filmmaking, that major Hollywood studio Warner Bros offered him a deal to direct Godzilla. It was also rumoured that George Lucas was a fan and had begun sounding him out for a Star Wars flick even before he sold the franchise on to Disney. Edwards was eventually selected to direct the spin-off  Star Wars film Rogue One: A Star Wars Story which will be released in December 2016.

So finally Step Three – (and this is the really tricky bit) be extremely brilliant at what you do so that all the major movie studios come scrambling to offer you big budget contracts! Despite obviously being tongue in cheek, Steps 1 and 2 seem pretty reasonable but it’s on 3 where there is often a mighty stumble. If only life was that easy eh!

See you at The Hot Shorts Film Festival London 2016 and remember as with anything worth pursuing in life ‘you have to be in it to win it’. Get your tickets now.