Shadows in the Wall (Book) 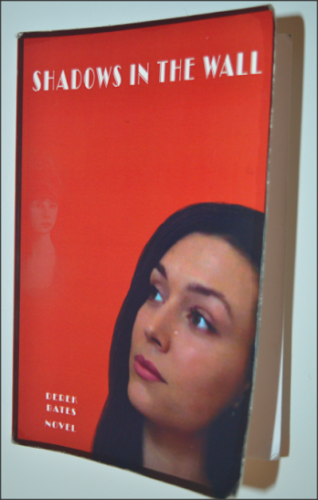 Review of: Shadows in the Wall (Book)

The second novel by self-confessed political revolutionary and materials scientist Derek Bates sets an intriguing platform for uncensored discussion about church, state and economics. The main protagonist Jake Dearsey is a journalist with a political conscience whose humanity-focused take on capitalism and government causes him to lock horns with his editor (perhaps a thread of similarity with the author here as regards political sentiment? Read on!)

His troubled love life is evident from the word go as in the first few pages you barely get to know his wife Sabel before a few paragraphs later they have agreed a divorce. That’s his second wife. He fares little better with his first wife. There’s a hostile encounter with her in a church that gives you the impression that this isn’t his most successful area and some kind of a hapless pattern might be emerging.

The novel’s pace is familiar and informative in these early chapters, setting the scene for Jake Dearsey’s plot-turning move to Firenze House after the separation from his wife leaves her their equally idyllic home in the Cotswold. But beauty comes in dark disguises. His new house harbours secrets from centuries past – formerly the home of 16th Century alchemist, wool merchant and political revolutionary Jacob D’ Arcy. Notice the similar names – Jake Dearsey and Jacob D’ Arcy? The protagonist certainly does.

The rich but heavy atmosphere of this historic home is adequately depicted by the author and you truly feel its size, shadows and heritage swallowing him up but never enough for him to forget to call it home. You become aware of a very subtle puzzle unfolding that leads him to investigate the former inhabitants of this house and a possible Vatican-led plot against the Pope. However, I feel it takes too long to get there and the plot could have been driven by earlier demarcation points about all this political and religious intrigue. Indeed, there are a few but stand out chapter-turners are required as standard for material this heavy. It’s not till halfway through on p245 that the pace gathers and this information is more liberally and strategically delivered.

It’s understandable that a lot of this plot development went on Jake Dearsey’s relationship with the beautiful and talented Egyptian-born actress Rhosa and for me she is one of the stand out characters as regards being a 100 per cent human being you recognise and can empathise with. But Jacob D’ Arcy’s early relationship with his housekeeper Mistress Darkall is all too long-winded and doesn’t do enough to lead the reader in – particularly when you consider these two exist in that era of history where the essence of the plot is found.

The insights along the away about human existence and political reform from intellectuals such as Schopenhauer, Shakespeare and Copernicus are all wonderful but as a reader I wanted the culmination of the book to be just as wonderful. The ending was all tell and no show with a Latin translator spilling the beans about the Papal assassination plot after reading some mysterious documents that D’ Arcy has asked him to research. Frankly, the translator did too much talking. It would have been good to see a little more of these events emerge in the plot and a little less musing about human existence in earlier chapters.

That said the author has a convincing, seamless style when drawing together characters but now must translate that to the wider narrative. But definitely, a thumbs up for fans of political/religious novels who prefer slow, patient, era-switching literature.