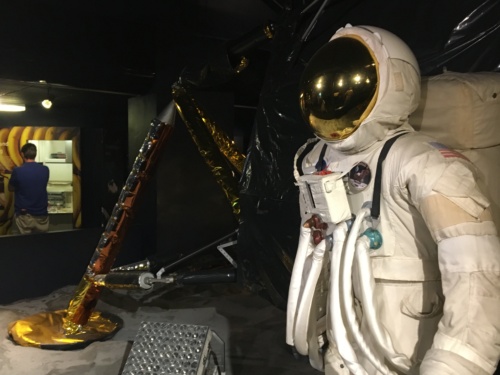 The Science Museum’s Summer of Space festival runs concurrently with the 50th anniversary of the Moon landing. As well as their screening of the Apollo 11: First Steps documentary (a special edit just for museums), there’s other entertaining and educational exhibits and displays covering the early period of the space race, moon landings and space exploration since that historic and celebrated day, July 20, 1969. It runs from May to September 2019.

That first Moon landing has pride of place in the programme. Aside from the documentary, there’s the Legend of Apollo 3D film which will give you a close up feel of what those space pioneers experienced as they braved the Moon’s rocky surface on their geological expeditions. In fact, you get the full lift off from launch to landing. The rumbling of the gigantic Saturn V boosters that powered Apollo 11 and Apollo 15 to the Moon take on a new sensory effect with the visuals so engaged. 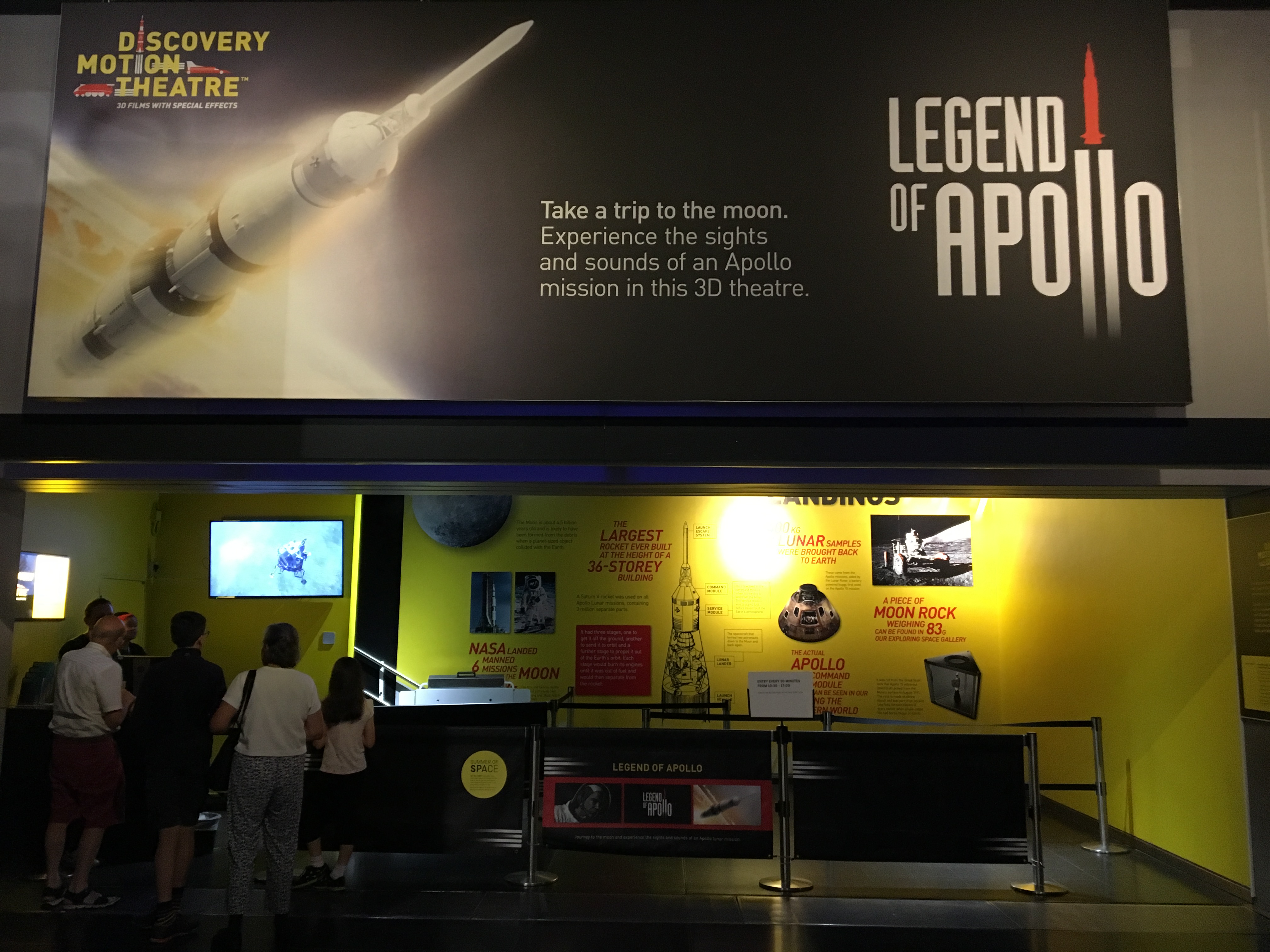 The cinema seats are engineered to rock on cue when the rocket ride gets a little turbulent and when tackling the lunar terrain on a space buggy.The 3D glasses will have you shifting slightly in your seat to dodge jettisoned space module parts and satellites, also you’ll marvel at the impressive shot angles in stunning 3D animation. The educational element is probably more informative than the centrepiece Apollo 11 First Steps documentary. The Legend of Apollo finds time to detail the personal accounts and relate the astronauts’ experience in a way that’s easier to digest. For example, it narrates how the Command Module smelled heavily of gunpowder because their space suits were covered in moon dust. A small point but meaningful beyond the magnitude of a 25,000mph rocket docking on the Moon for the first time

But the exhibition is not just focused on American space exploration. There’s a dignified bronze statue of Russian cosmonaut Yuri Gagarin, dimly lit in one corner of the museum yet proving to be a visitors’ favourite and lighting up the museum’s permanent Exploring Space gallery. The accompanying display informs us he was the first man in space; his achievement the climax of a space race between the US and the USSR and matched only by the US beating them to the Moon. Gagarin was mobbed as a hero back home in Russia and even dined with the Queen in the UK. 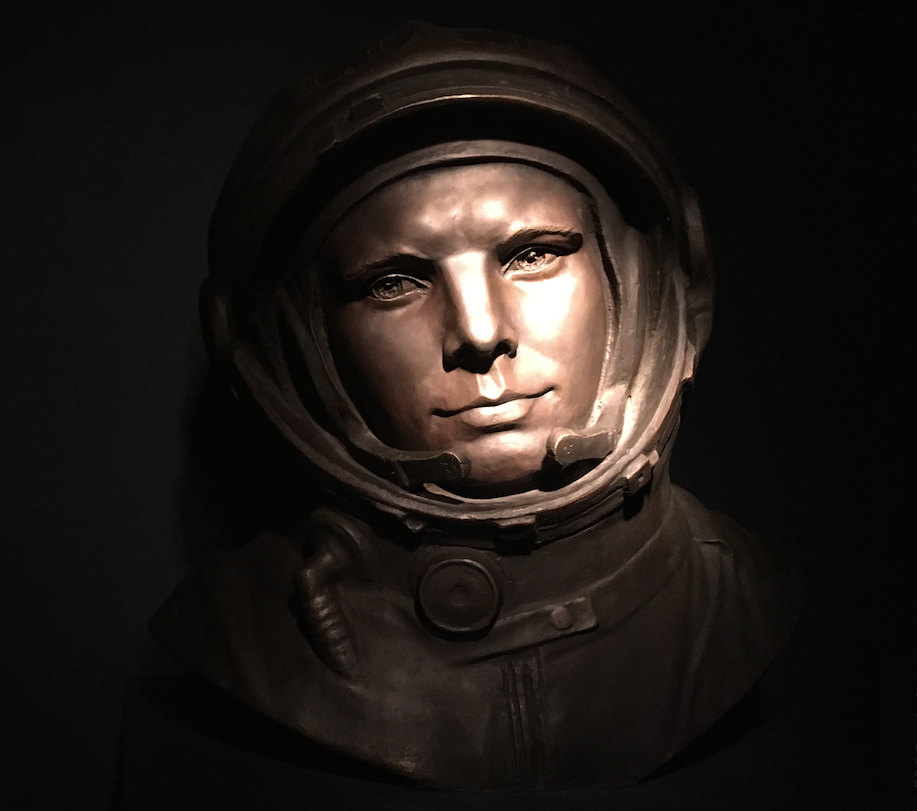 There’s also information on Britain’s own Skylark space rocket programme which became front page news back in 1957 when Britain launched its first rocket. Interviews with Skylark scientists enlighten about the 48-year period when 441 Skylark rockets were launched to investigate the Earth’s upper atmosphere. Not only was this one of the longest rocket programmes ever, but provided science and technology findings which are used by the most prominent space exploration programmes today, including Nasa.

You’ll learn more about it’s history, purpose and success of this unmanned space vehicle based at the Woomera test range in South Australia. The scientists explain how the treacherous desert environment provided many challenges during the launch attempts. The searing heat was not the only problem – there were also plagues of locusts and other unwitting saboteurs such as budgerigars!

It’s an opportunity to get up close to exhibits of life-like command module dashboard simulators, actual space kit such as mobile electricity generators, cosmonaut gloves and the space suit worn by the first Briton in space, Helen Sharman as well as real fragments of moon-rock. A mere four billion years old!

Tagged with:     Summer of Space