Sara Minelli: Profile of an Italian Flautist in London 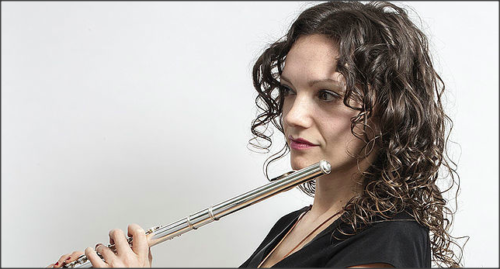 Sara Minelli has been resident in London since 2011 and her repertoire of work since then has culminated in the forthcoming release of her first album on Florence-based EMA Records. She is classically trained, specialising in contemporary classical music and has expressed a preference for more experimental pieces or those with ‘extended techniques’ which explore new approaches.

She admires leading lights such as composers Salvatore Sciarrino and Brian Ferneyhough, whose passionate appraisal of the flute in their own work is a source of inspiration. Her portfolio includes the performance of a world premiere of a Sciarrino composition.

Her solo album contains many pieces composed specifically for this debut album which evolved through collaboration with talented emerging British and Italian composers. The Italian ones were also present during the recording sessions for guidance: ensuring optimised performances and the flautist capturing the vital essence.

It also includes material first written as early as 1970 right up until 2016. There are 7 compositions and so 70mins of music in total. The classical connoisseurs among you will no doubt appreciate the range of solo flute, solo alto flute and electronics.