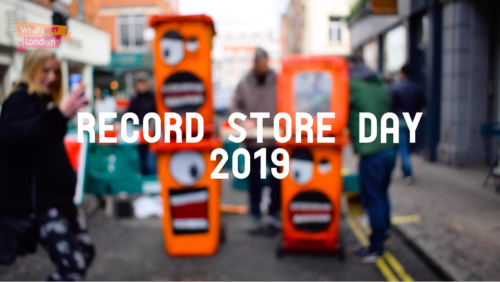 In today’s Hot Fest Calum is live from Berwick Street which used to be known to as London’s ‘Vinyl Mile’. Though there aren’t as many record shops as there used to be, vinyl culture is still alive and kicking in the centre of London.

Record Store Day is a day when over 200 independent record shops come together to celebrate everything vinyl. Music fans descend on stores across the country for special deals and releases, which this year includes new issues from The Prodigy, The Courteeners and The Mighty Boosh.

The event isn’t just great for vinyl fans, it’s also great for the shops themselves. Last year UK sales were up 16% with revenues for the day bettered only by the Christmas period.

The real point about Record Store Day is that we should celebrate record shops as the cultural community hubs that they are. Where people of all creeds, musical or otherwise, can come together.