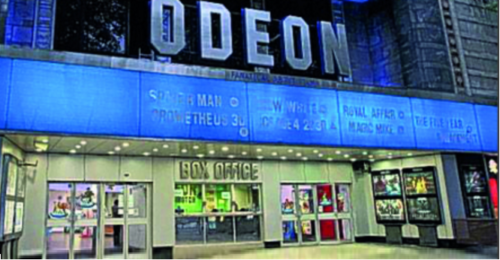 The bulldozers had already been called in for Kensington Odeon cinema despite the best efforts of campaigners opposed to it being demolished for luxury flats yet work may well be called to a halt this week. According to Guy Oliver, spokesperson for Friends of the Kensington Odeon, 1920s tea rooms have been exposed beneath the rubble. He has therefore asked Historic England to revise its decision to give developers the go-ahead, overlooking listing concerns. And he already has the backing of Britain’s big screen celebrities including Benedict Cumberbatch.

The cinema broke new ground for other reasons back in 1926 when it was built: with 3,000 seats it was London’s biggest cinema and this six-screener with elegant marble staircases and friezes typical of the era remains an important signpost of the capital’s culture, architecture, design and, of course, cinema – for as long as it remains standing.

Art Deco emerged in the 1920s as a distinct modernist style showing luxury, glamour and grandeur in art, fashion, crafted items and architecture, making its mark globally by the 1930s before falling out of favour by World War II. There was a trendy resurgence in the Sixties and today this ornate and decorative plaster work is a rarity in an age where building construction is increasingly functional rather than aesthetic.

The proposed subterranean cinema set to replace it may, in any case, supersede concerns about history and aesthetics now that paperwork for the 43 apartments and 20 homes has been rubber stamped with Historic England showing no signs of backing down. They issued a certificate of immunity from listing in 2013 after extensive research. Even the Museum of London’s archaeology department had been consulted over the matter.

Developers Minerva has expressed a desire to retain some original exterior and interior features. Also, they have considered restoring some of the 1920s construction which was considerably damaged during renovations in the Seventies and Nineties.