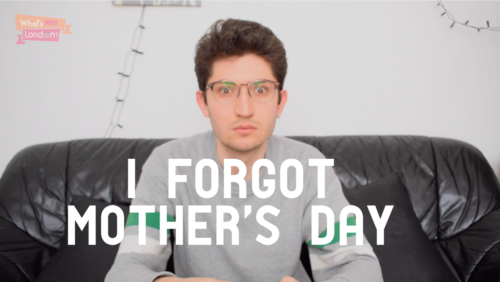 Buying gifts for Mother’s Day is hard, everyone knows that. But less well know is how the tradition came to be. This week on Hot Fest Calum explores the history of Mother’s Day, having some fun along the way.

Mother’s Day in the United Kingdom originated in the 16th century with a celebration called Mothering Sunday, which took place on the fourth Sunday of Lent. It originally had nothing to do with mothers and instead was a day when children who had left home returned to their ‘mother church’, it was a homecoming.

As the tradition grew older it became a day of family reunions, with returning children picking wildflowers along country roads to give to their mothers. However, as the industrial revolution rolled around traditions changed and the celebration began to die out.

That was until World War Two, when US soldiers stationed in the UK brought with them their American style of Mother’s Day. Smelling a chance to make a profit, British merchants put their full weight behind this new American way of doing things and the celebration was merged with the British Mothering Sunday. Thus the Mother’s Day which we all know and love was born.

So this year, instead of giving the same smelly candle, boring mug or offensive kitchen utensil that you give every year. Why not take inspiration from the origins of Mother’s Day and give the greatest gift you can give, your own company (it is recommended to give some small token along with your presence such as chocolates or flowers, otherwise the whole exercise can come across as vanity).