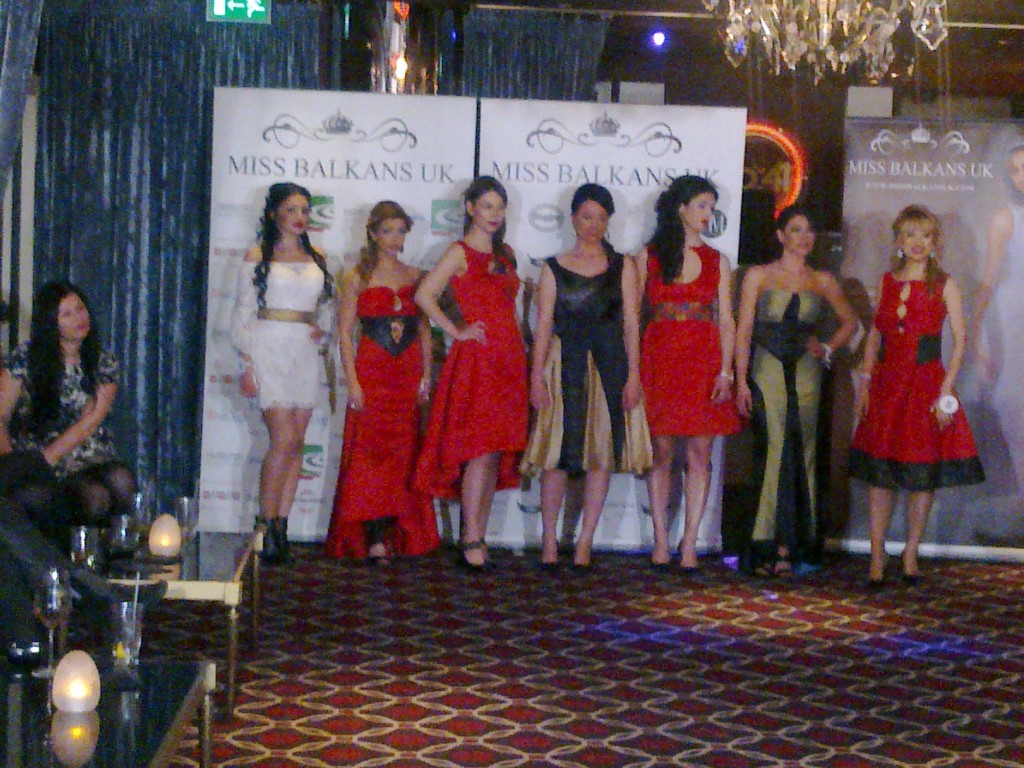 The first country competition Miss Balkans UK was held at the elegant private members club No 41 in Mayfair on March 21. Balkans, which derives its name from the Balkan mountains and synonymous for the Black Sea, includes a list of countries in South Eastern Europe.

Seven beauties from the Balkan region strutted their stuff. Judges for the competition notably included a representative from the Bulgarian restaurant, Little Sofia in East London and a wine exporter from Turkey who generously gifted a bottle of wine to each of the contestants.

The beauty and talent contest began with a catwalk showcasing clothes by designers and fashion brands from the Balkan area.  Next, a clarinetist  Boyan Ivanov enthralled the audience with his musical magic. The performance was followed by a talent round with the contestants exhibiting their talent from sketching, poetry, singing and salsa with loud cheers and hooting from the audience rooting for their favourite contestant.

There was also a Q&A session to gauge a contestant’s presence of mind, intelligence and wit. Each of the contestants had to answer one question posed by a judge, a challenge for some of the non-English speaking beauties even as one of the contestants visibly dropped out from this round. The oops moment came when a judge who happened to be a wine exporter from Turkey quizzed one of the contestants “What is the one thing that you can’t tolerate?” and pat came the innocuous reply  “Wine” drawing loud gasps followed by rather unsparing guffaws from the audience .

The audience was then asked to vote for their choice by putting a card they received upon arrival into the drop boxes matching the contestant’s number. Maya Petrova, Natalia Krajcikova and Elena Petkova were the three declared as finalists while a fourth one will be chosen offline by an online voting of Likes on Miss Balkans UK’s official facebook page. The voting is open until April 25 for the final round of the contest. The after party included retro remixes churned out by DJ Ves.

The competition was fun, engaging and well organised but for the poor views and crowding by the audience at the rear end seated in circular settees.