March 22: The Founding of the National Gallery 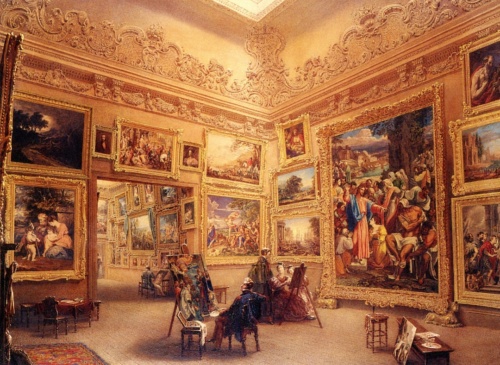 On this day in 1824, the House of Commons voted to purchase banker John Julius Angerstein’s painting collection for the sum of £57,000. Parliament acted to secure these 38 paintings as a national archive and with no national gallery available they were displayed at a makeshift space at Angerstein House, 100 Pall Mall. This was open to the general public and was, in effect, the first national gallery.

That title switched to the capitalised version in 1831 when Parliament ordered a National Gallery be built in Trafalgar Square. This decision had been a long time coming because the Angerstein House Gallery had been mocked for failing to match the exacting architectural standards of the Louvre. The pressure felt because France was Britain’s neighbour and also historically a cultural and political rival. The National was officially opened in 1831.

Trafalgar Square was chosen as a central location aimed at bridging the divide between the social classes, as the rich could use their transport through the West of the city while the poor were expected to walk from the East. Indeed, paintings of the period show working men admiring paintings there alongside top-hatted nobility. Certainly, that was the intention; to provide free and easy access to as wide an area of the general public as possible.

The first painting from Angerstein’s collection to be hung in the gallery was also the first bought by Parliament – The Raising of Lazarus by Sebastiano del Piombo. The National now owns about 2,300 paintings with much of this bequeathed by wealthy society patrons: Reverend William Holwell Carr (1758–1830) 35 paintings; Dr Ludwig Mond (1839-1909) – 42 paintings and also Sir George Beaumont (1753– 1827) amongst them.