Home  /  Galleries & Museums, Reviews  /  Mahtab Hussain: You Get Me? (Exhibition)

Mahtab Hussain: You Get Me? (Exhibition) 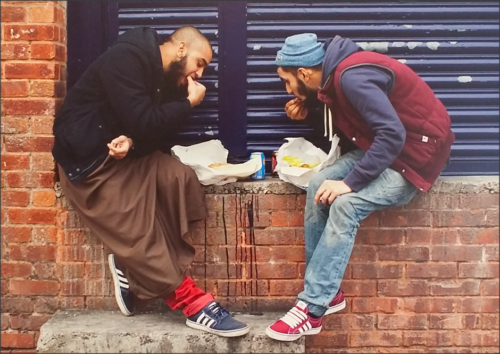 Review of: Mahtab Hussain: You Get Me? (Exhibition)

“I feel unwanted here. People still say ‘go back to where you are from.” This simple quote on the walls of the ABP Autograph gallery sums up the sense of isolation and disconnection felt by certain male Muslim members of Britain’s working class communities now documented in an exhibition by Mahtab Hussain. It also examines a much wider question of identity, taking Birmingham, Nottingham and London as its demographic and capturing these Asian males with striking images that act as a documentary on their social and economic existences.

Focussing on men of Pakistani descent, he sought to address their concerns about negative media representation and marginalisation, accounts they were only too happy to share. Indeed, official studies show that in a given week (May 8th to 14 May 14th 2006) 91 per cent of media comments about Muslims were negative, five per cent neutral and only four per cent positive. The feedback he received therefore borne out by reality.

With migration from Muslim North African and Middle East nations now at a peak and currently a concern for European nations feverishly protecting their borders and perhaps one of the catalysts in a British Brexit vote, his exhibition highlights the confusion felt by some about their identity and whether they feel welcome in their own country.

Few of these biographical images are overtly political and instead represent a cross-section of communities; children in Bart Simpson teeshirts, teenagers in boxing gyms, young adults in suits and street sportswear. The power of photography is it can put the subtext of their struggles and access to opportunities into a more familiar urban environment and act as an unspoken universal language.

It would have been interesting to have also seen a middle-class male study and/or the female perspective in both class groups using the same regional demographic. But the working class male one presented here is, nonetheless, a powerful focus group and as congruent with the principles of social study as you’d expect from a practice-based PhD candidate at Nottingham University. 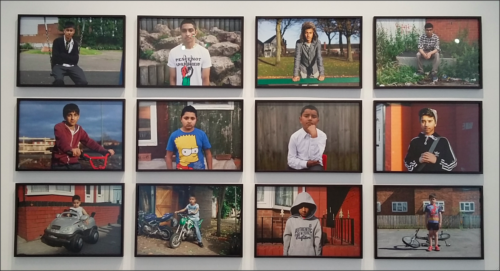