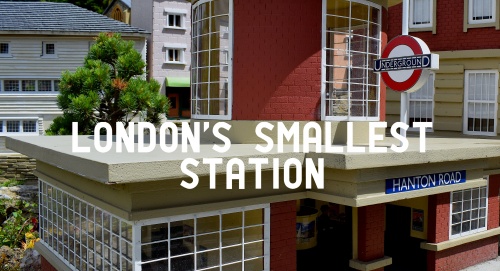 Ever wondered which is London’s smallest Tube station? Could it be on the Jubilee Line? Or perhaps the on old Metropolitan Line? In fact, the smallest underground station isn’t in London at all! It’s at the Bekonscot Model Village and Railway.

Located just outside London in the town of Beaconsfield, Buckinghamshire, Bekonscot Model Village & Railway is the world’s oldest model village, having opened in 1929. Featuring London’s smallest tube station and the UK’s smallest M&S, there is loads to see at this 2-acre site which is steeped in 90 years of history.

Calum went down to speak to Managing Director Brian Newman Smith, to find out what Bekonscot has to offer.