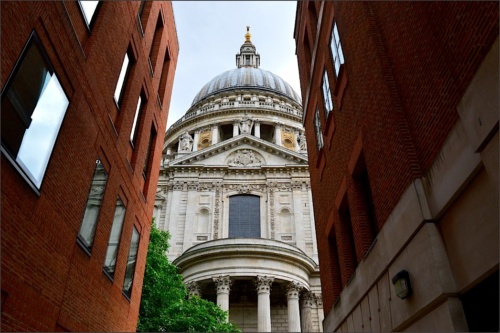 The combination of history, cultural value and magnificent architecture make these places of worship amongst the capital’s top attractions. (Look out for one that isn’t even open for worshippers).

This awesome-looking Hindu temple is unmissable if you’re heading through Neasden on a 206 bus. So no excuses about being unable to find it! The magnificent stone and marble architecture makes it the No.1 landmark in the area and certainly top 5 in the capital. The fantastic size and exquisite Hindu masonry ensure that you’ll not find any comparative building anywhere in the country.

It was built for worshippers of the Bhagwan Swaminarayan, an Indian spiritual leader born in Ghanshyam Pande in Chhapaiya, Uttar Pradesh in 1781. His fifth spiritual successor, Holiness Pramukh Swami Maharaj (1921-2016) ordered the building of the Mandir (temple) and it was completed in 1995. It involved the shipment of 5,000 tonnes of Bulgarian limestone and Italian marble. Interestingly, this stone was sent to India first where it was hand-crafted by the master masons before being sent to London to be assembled. 100 full time and 1,000 part time volunteers worked around the clock to complete it. 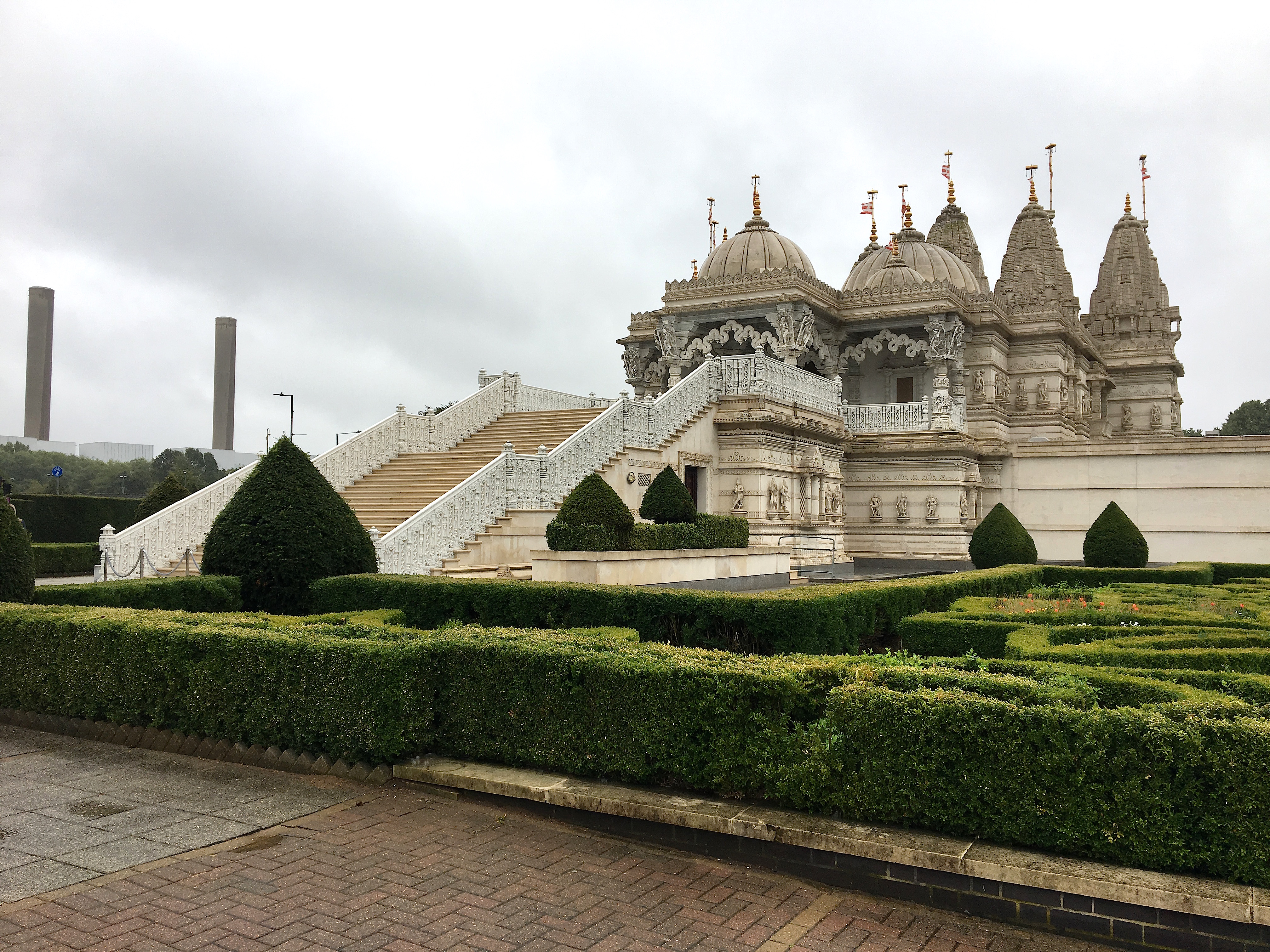 Theres’s a magnicent wooden courtyard beyond the entrance and you’ll notice hand carved teak and oak features: lotus flowers, royal elephants and peacocks. A guide is on hand to usher you to the inner sanctum on the upper floor. This is the stunning heart of the Mandir with ornate marble and stone columns and pillars with intricate Hindu designs. The white and gold interior accentuates the sense of reverence and splendour. Here you’ll find the seven shrines dedicated to sacred images of the Deities, amongst them, Shri Rama (an incarnation of Vishnu).

There’s also an arts and craft gallery dedicated to the Hindu faith where you’ll learn about the history of the Sanskrit language, the Vedas, and other cultural information. There’s even a video presentation of the building of the temple. In keeping with the look of the Mandir, even the gallery is beautifully presented with Hindu designs crafted into the walls. BAPS Shri Swaminarayan Mandir Hindu Temple, 105-119 Brentfield Rd, Neasden, London NW10 8LD.

Built in 960AD, it is globally recognised as both the coronation place and burial site for Britain’s monarchy. Over the centuries, the nation’s leading scientists, army officers and distinguished scholars, writers and artists also had a place reserved in this coveted final resting place, more recently Stephen Hawking but amongst them Isaac Newton and Charles Dickens.

This Gothic abbey is a must-visit for historians and lovers of architecture. Britain’s oldest door is still in working order here. Because of the abbey’s links with powerful royalty and clergy, much of the medieval artefacts are afforded the highest protection and are well preserved. It was founded in 960AD but the current building was constructed in 1245 by Edward the Confessor. His successor Henry III ordered the Gothic reconstruction which remains today and was certainly influenced by the French cathedrals of the day.

Both kings are buried in the abbey and Henry’s tomb has missing mosaics taken by light-fingered pilgrims over the years. The shrines to these abbey founders are easily found not far from the glorious statues and tombs of Sir Robert Peel (1788-1850) and PM William Gladstone (1809-1898) which are in the central hall close to the entrance.

As well as the Royal Tombs, there’s a section of the abbey commonly known as Poets Corner with commemorative plaques and statues to Britain’s greatest writers and actors, amongst them William Shakespeare, Lord Byron, Edward Lear, the Bronte Sisters and Lawrence Olivier. Of those particular plaques, only Alfred Tennyson (1809-1892) and Robert Browning (1812-1889) are buried here. Geoffrey Chaucer (1343-1400) was the first poet to be buried in the abbey. Westminster Abbey, 20 Deans Yd, Westminster, London SW1P 3PA.

This Theravada Buddhist temple in Wimbledon is the first such place of worship in the UK and established here by the London Buddhist Temple Foundation to cultivate connections with the West and spread interest in the faith. Opened in East Sheen in 1966, it was relocated here in 1976 after a Bangkok working committee were consulted on its ongoing development and recommended new premises. Construction was completed in 1982, with architect Praves Limparangsi heading the Ministry of Education of Thailand’s Fine Arts department responsible for the design.

It’s recognised as one of only two authentic and ‘architecturally perfect’ Thai structures outside of Thailand – the other is in Switzerland. However, it is the only Thai temple constructed in Europe. The Wat (temple) is affiliated with London’s Royal Thai Embassy and has close links with the Thai Royal Family, who attend its regular engagements and openings. 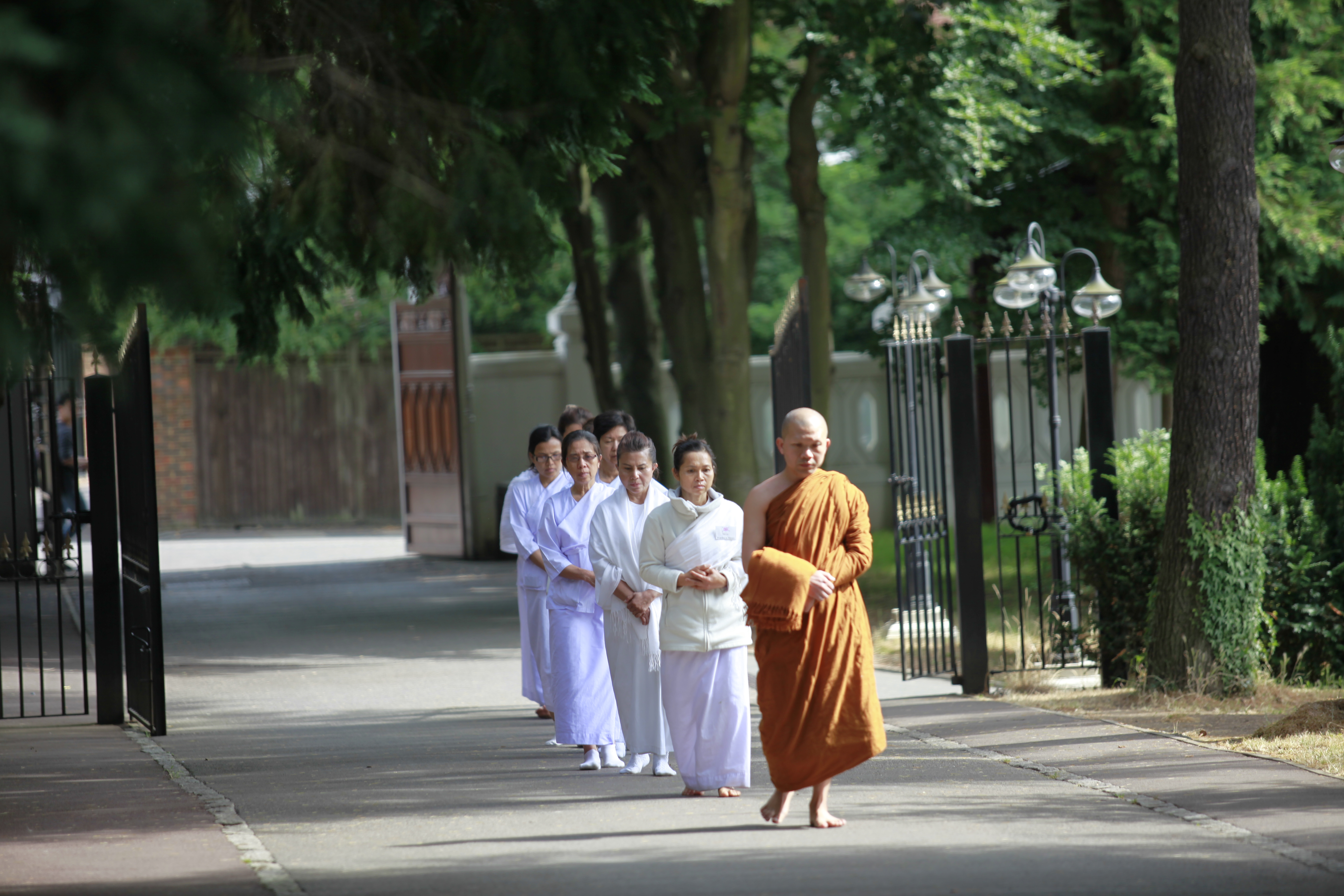 You pick up on the sense of peace and reflection on first glimpse of the white and marble exterior which has gold leaf gilded teak frame features and a distinctive red roof. This atmosphere enhanced by the serenity of the four acres of flower gardens, grove, orchard and ornamental lake.

There are floor to ceiling murals inside the temple. Some of the murals were completed in the 1980s by British-Thai artists and include depictions of international political figures from that decade. This follows a decision to make the temple relevant to visitors. However, it’s the tradional Buddhist crafts that intrigue. The Thai government has donated a 600-800 year old Buddha statue made from black bronze. Buddhapadipa Temple, 14 Calonne Rd, Wimbledon SW19 5HJ

This Church of England parish near Tower Hill was all but destroyed by World War 2 bombing. In 1971, the ruin was transformed into a public garden which has now become one of London’s must-visit beauty spots because of the combination of greenery and hauntingly beautiful Gothic architecture.

First built in 1100AD, it hasn’t had an easy history as regards structural damage – what with the 1666 Great Fire of London almost razing it to the ground. Christopher Wren headed a restructuring programme which followed the original architectural style, propping it up with Gothic elements which complimented the medieval base. 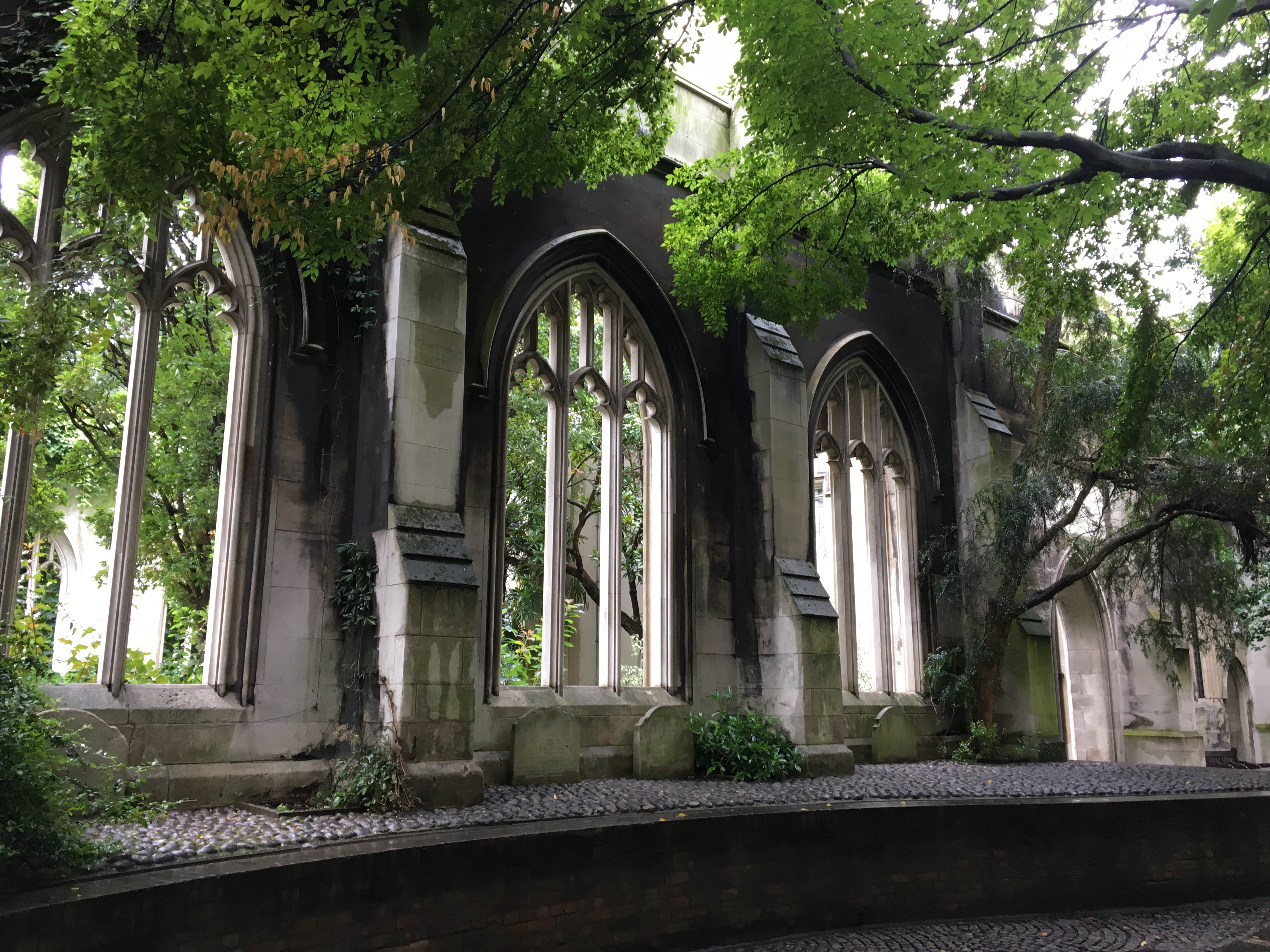 Architect David Laing built upon his work in 1817 when asked to shore up the shaky foundations. In the end, the whole building came down and only Wren’s tower and steeple retained in Laing’s new look. The remaining north and south walls and Wren’s tower and steeple were sturdy enough to resist the world war bombings but are now draped in garden greenery.

This distinctive curtain of leaves, branches and vines is the stand out feature that has made St Dunstan’s a London landmark. The Gothic structural elements – arches and large, looming windows – also attract a curious crowd of snappers and lunchtime visitors, appreciative of any oasis of green within the City mile. St Dunstan-in-the-East, St Dunstan’s Hill, London EC3R 5DD.