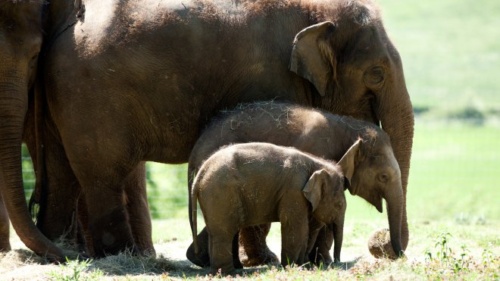 WIDELY recognised as the world’s oldest scientific zoo, London Zoo has changed significantly from when it was first opened in 1828. Its purpose back then was as an extensive collection for scientific study and was managed by the Zoolological Society of London (established 1826). The 20,168 animals from 698 species there today are quite different from the now extinct quagga and thylacine it sought to protect back then, but its conservation efforts continue.

The balance between protecting them from mankind’s encroachment while exhibiting them to the same human species threatening their existence was not always an easy one. In the late 1980s and 90s campaigns by animal welfare groups increased and public opinion swung against the captivity of these creatures in a cold, rainy capital city thousands of miles from the tropical habitat where many of them once roamed free. Due to this lack of support and other financial issues, the zoo announced its closure in 1991 but in doing so rallied support from environmentalists and conservationists etc. who wanted to see it continue but with animal welfare and conservation at the forefront.

The zoo now runs a number of conservation programmes including its EDGE of Existence programme that protects unique species, which face an imminent threat of extinction. The acronym EDGE stands for Environmentally Distinct and Globally Endangered, and it’s own EDGE ranking lists the top 100 most endangered.

The uninformed public often take for granted endangered species numbers, not through disinterest but because of little access to accurate conservation figures. This lack of awareness can filter down to luke-warm conservation campaigns that require global rallying. The figures below show the reality of dwindling wildlife numbers.

Rhinos: The global rhino count is 29,000, however the black rhino sub species became extinct in 2012 and there are only three white rhinos left in captivity. With the Northern white rhino extinct (outside of captivity) and the Southern white thought to be extinct before a resurgence in the wilds of Africa, the latter are still on the Near Endangered list. In 2011 a Vietnamese subspecies of Javan rhino became extinct. Around 100,000 rhinos existed globally in the early 1900s. 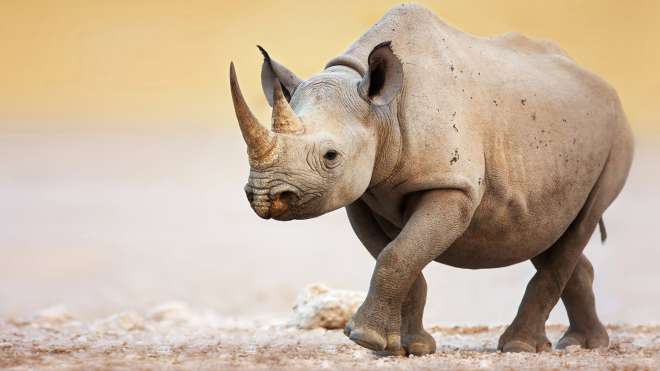 Lions: The 50,000 lions that now exist globally would easily fit into the average football stadium. This puts into context the comparative numbers alongside humans. Encroachment onto its territory is an ongoing threat.

Tigers: There are more captive tigers in the USA (5,000) – and yes, that includes exotic pets – than there are globally in the wild (3,200). The private breeding settlements are a concern, with tigers turning up in backyards and side shows. The lack of regulation also increases the risk of illegal trade. At the turn of the century there were around 100,000 tigers globally outside of captivity.

Elephants: The same ivory trade that has endangered the rhino species also threatens the world’s largest land mammal. Conservationists feared that the entire species would become extinct in twelve years because of the voracity of poachers. The 22 month gestation period during pregnancy and the scarcity with which females breed (one calf every 4-5 years) means that their survival is a delicate issue. Kenyan elephant conservationist Ian Douglas-Hamilton claims there are fewer than 600,000 left in the wild. However, his survey – the most through of its kind – was completed in the 1990s and numbers are almost certainly lower. The Great Elephant Consensus of 2016, widely recognized as the largest ever wildlife survey, counted 352,271 African savannah elephants.