London Theatres: Did You Know? 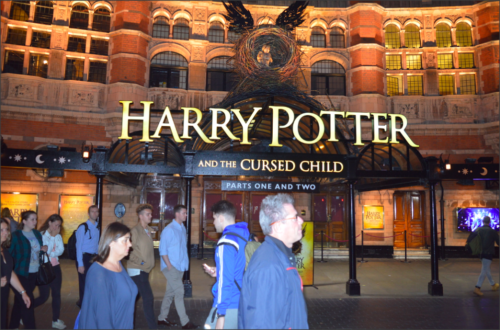 With the Christmas countdown in full effect it follows that panto season is in full swing. With the kids dragging you off to the theatre perhaps for their or even your first time here’s a few fascinating facts about London’s theatres.

First built in 1663 on Bridges Street, the Theatre Royal Drury Lane has the official title of London’s oldest theatre. It was constructed by playwright and royal courtier Thomas Pelligrew who enjoyed the patronage of then monarch King Charles II who granted him a Royal Patent. It was here that the king met the actress Nell Gwynne and begin a scandalous affair which would leave a salacious footnote in history. In 1674 after the Great Fire and Plague architect Christopher Wren rebuilt it from the ruins.

Arguably, the oldest and most famous, however although built in 1559 by Shakespeare’s playing company it later closed because of fire damage. The modern version was only reconstructed as a tourist attraction and was not a functional theatre on the scale of Theatre Royal Drury Lane which had a more consistent lifeline. Nevertheless, it is one of the most recognisable theatres in the world and attracts audiences who flock to experience the Elizabethan stage and Shakespearian plays.

There are many contenders but the London Palladium is the bonafide heavyweight hitter with a 2,296 capacity. It’s closely followed by the Apollo Victoria with 2,208 and London’s oldest theatre the Theatre Royal, Drury Lane has 2,196 seats. However, this only refers to commercial theatres. The biggest non-commercial theatre, the London Coliseum, holds 2,359 people.

Let’s face it, many site specific performances have taken place in theatres that have actually been rooms in council flats, disused public lavs, bus stops and garden sheds. So how does one quantify small? Among the more notable West End names, the Donmar Theatre in Covent Garden has 251 seats with 20 standing and so on final count is Theatreland’s smallest venue that also produces it’s own repertoire. It was built in 1977 and emerged from the Donmar organisation which takes it name from the first three letters of the owner’s name – Donald Albery – and his wife’s middle name – Margaret.