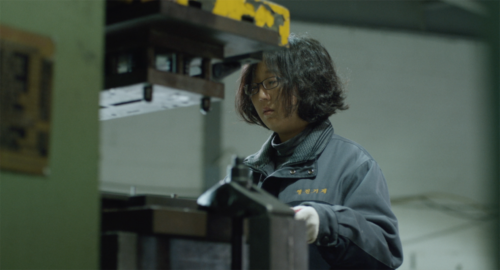 If you didn’t catch the exhilarating South Korean horror movie Train to Busan at the cinemas recently you can always experience films from that part of the world at their indie roots – and on a more cerebral level. This film festival’s Mise-en-Scene 2 series of films was screened at the Korean Cultural Centre at The Strand on Nov 15 and the programme continues at various venues until Nov 27.  Here’s what What’s Hot London? caught up with.

Love Complex
A not so short 37min film about a woman who considers herself unattractive and finds it difficult to get dates – unlike her prettier more popular sister. And then Mi-ae switches to online dating with unexpected results.

Birds Fly Back to the Nest
With their mother hospitalised through failing health her daughters gather at her bed to lift her spirits. Mum seems cheerful enough despite her predicament – it’s her husband and other family members with long faces as they recount stories of their own about what’s going on in their lives. Some poignant moments that will make you smile.

Deer Flower
A surreal animation short about a boy taken to a deer park and then forced to drink a strange medicinal concoction by his parents which produces even stranger effects.

Bargain
A shady man with dodgy not to mention illegal sexual desires goes to a hotel room believing he’s meeting a school girl but then gets his unexpected comeuppance.