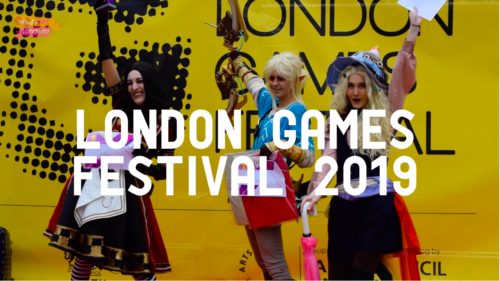 On Saturday London’s gamers met for a cosplay parade to mark the end of the first week of the London Games Festival. The Festival, which is in its third year, drew in hundreds of fans for a fun-filled day of activities.

It began with the ‘actual reality arcade, with everyone’s favourite retro arcade games brought to life including Tetris, Space Invaders and Kong. Then it was onto the parade as a diverse crew of gamer guys and gals took to the streets dressed as their favourite characters, these guys looked awesome.

Then it was back to the Guildhall Yard for a catwalk show where our cosplayers could show off their outfits. Finally, there were prizes for the best cosplayers who absolutely deserved it, they were outstanding.

The London Games Festival continues in until the 14th of April with talks, workshops, game jams and the chance to play some innovative new games. If you want to join in the fun, just hop on their website for more details and who knows maybe you’ll meet some our cosplayers there? Although they may look a little different.