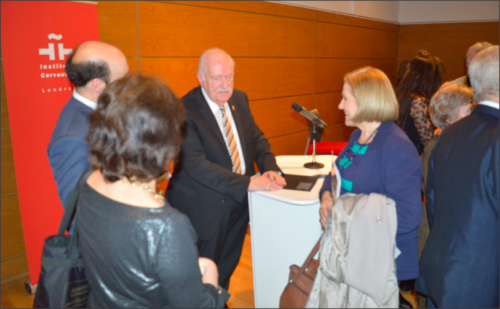 Joaquin Rodrigo was probably Spain’s premier composer of the latter part of the 20th Century. Although blind since the age of three he went on to produce 170 compositions and was such an outstanding talent that he was made a nobleman by King Juan Carlos I in 1992. This April 19th book launch at the Instituto Cervantes, Eaton Square, Belgravia is the public’s first glimpse of the book Voice & Vision, a celebration of his work written by Raymond Chalcraft and Elizabeth Matthews. Rodrigo’s daughter Countess Cecilia Rodrigo was amongst the distinguished guests hearing speakers address the auditorium in his memory.