Jan 19: Birthdate of Paul Cezanne. 1st Ever London Tour of his Portraits 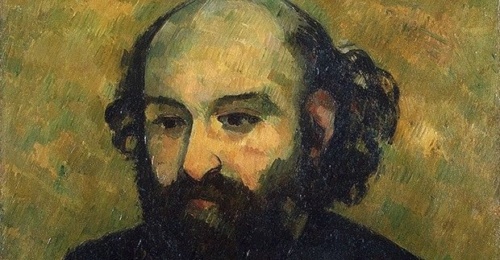 Art lovers will be excited to learn the first ever world tour of French painter Paul Cezanne’s portraits will hit our capital city in October 2017. London’s National Portrait Gallery has been instrumental in this, working together with the National Gallery of Art, Washington, DC, and the Musée d’Orsay, Paris. It involves 50 of his paintings sourced from public institutions all over the world and will include his very Brit-looking ‘Self Portrait in Bowler Hat’ (1855-86).

Born on this day in 1839, like many who chose creative paths he at first faced parental pressure to commit to a more stable profession. The sunshine of Provence in Southern France may have prompted his detailed studies of light, common to many of the Impressionists he was associated with, but the hard realities of life meant the closest he’d get to the sun would be gazing through an office window as he trained to be a lawyer.

In 1861 when he moved to Paris away from his overbearing father, a powerful banker, he was able to attend the Academie Suisse and develop his formidable talents. He made his mark in art history by initially finding a place amongst the Post-Impressionists but later breaking away to lay the foundations of Cubism. Both Picasso and Matisse admitted as much.

But it was in the French capital that he formed a creative partnership with Camille Pissaro that would change his life in more ways than one. Their landscape sittings gave him the opportunity to form the Cezanne style but his later work, which became more geometric, evolved as the signature style which became a demarcation point in art history. He sought to break down the composition of observed objects to these geometric basics. He also questioned accepted approaches to perception. In this respect, his challenges to single-point perception would influence the Cubists who followed.

Not all his critics and countrymen loved his work. In 1903 one venomous article in L’Intransigeant bore the title ‘Love for the Ugly’. And after one ill-received exhibition, his townsfolk asked him to move out of the area and stop dishonouring the neighbourhood. Fortunately, Cezanne was happy to stick it out through all the hate. As that old saying goes ‘only time will tell’ – and it told.