Is Liam Neeson a Racist? 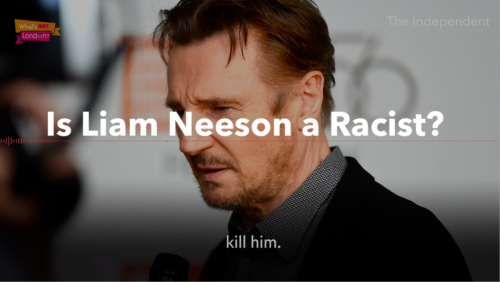 Liam Neeson has been promoting his new movie Cold Pursuit (think Taken but it’s snowing). But, while speaking to The Independent he told an anecdote about how he once spent a week intent on killing a black person. This provoked varied responses from understandable outrage to praise for his honesty.

In this episode of Hot Buzz What’s Hot London? ‘s Calum takes a look at what Neeson has said and how he has been interpreted. Is Neeson indeed a racist or whether it matters at all? Perhaps there is something more important at stake.