Iconoclasts: Art Out of the Mainstream (Exhibition) 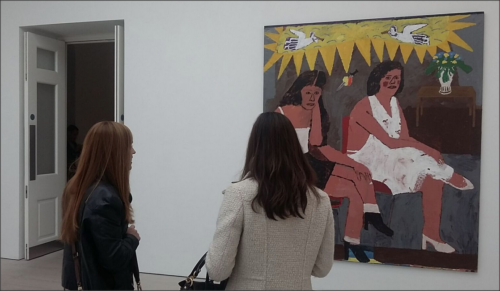 Review of: Iconoclasts: Art Out of the Mainstream (Exhibition)

The Saatchi Gallery has been associated with groups of ‘young’ and experimental artists since the Young British Artists (YBAs) of the nineties and is inextricably linked to the genesis of art superstars such as Hirst and Emin. Well circa 2017 and it’s a link that persists in the thirteen artists in this group exhibition who claim to be iconoclasts ready to overthrow that now established art order.

There are no recognisable aesthetic ties bunching together these Young Turks: Maurizio Anzeri, Matthew Chambers, Daniel Crews-Chubb, Josh Faught, Aaron Fowler, Danny Fox, Makido Kudo, Dale Lewis, Thomas Mailaender, Kate MccGwire, Rennee So, Douglas White and Alex Williams Wynn. The ‘Iconoclasts’ umbrella title cannot hold in an era where having a revolutionary spirit is already the main driving force in contemporary art. What you do notice is that this exhibition underscores the hallowed elements already inherent in the relationship between canvas and exhibition space. So more towards iconic than iconoclastic – but that’s not a bad thing, surely?

Danny Fox’s eye-catching faux-naïve paintings are not original in art genre but the equivocal expressive elements and downbeat palette dressed up as bright are personal and poignant. Your five-year old could probably draw the chalk Stetson worn by the central figure in Ice Cream Seller 2016 (acrylic on canvas) but would fail miserably in other areas of colour composition and metaphor. Much use of hard, angular lines and the feel of half-finished murals evoking the working lives of a Central or South American rural or blue-collar community, perhaps. He paints pleasant smiles despite the unspoken economic reality in their lives. His use of the colour yellow indicates the searing climes of this unidentified country (many brown-skinned figures) and is a mood element Expressionist pioneer Ernst Ludvig Kirchner might have noted in the dominant yellows of his Self Portrait as a Soldier way back in 1905. 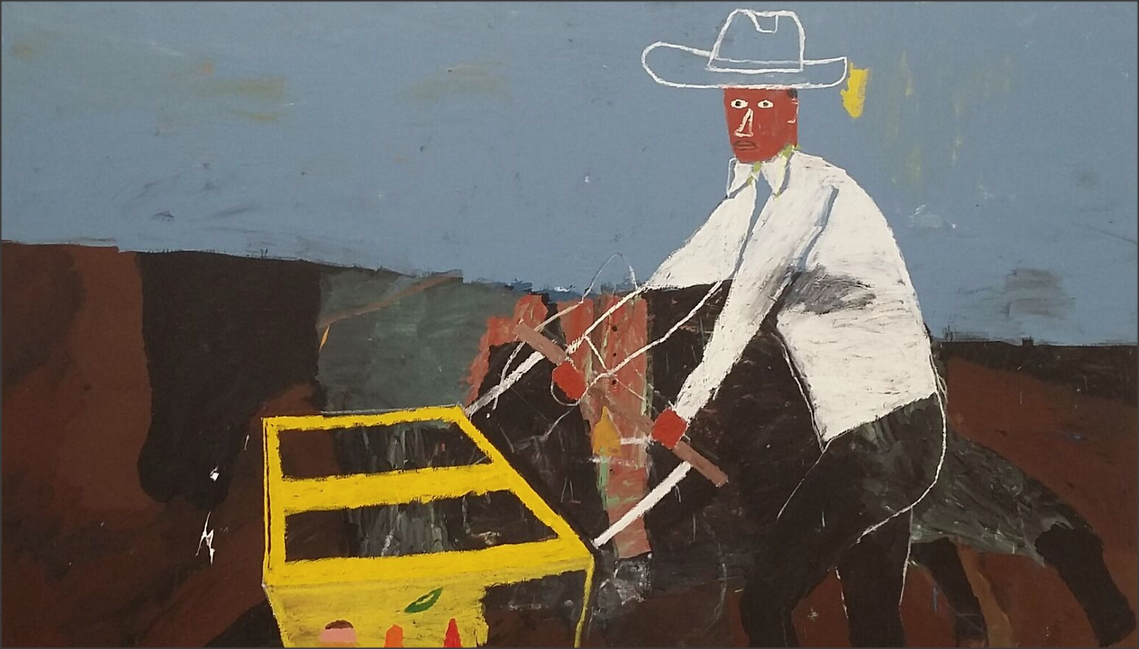 Another artist to look out for is Daniel Crews-Chubb. Using a mixture of oil, acrylic, spray paint, charcoal pumice gel, pen, cardboard and collaged fabrics he produces figures lost in the powerful swirls of abstraction which make up his remarkable canvases. There’s a muddy, workmanlike element throughout: palette, intensity and brush stroke direction setting him apart from the other Iconoclasts with jarring effect. Look closely and you can identify the subtle balance of the muddied oranges in disparate corners of his canvases acting as centring and framing devices. What looks accidental and experimental is often the work of a talented artist harmonising chaotic elements.