How the Great Poets Captured Autumn 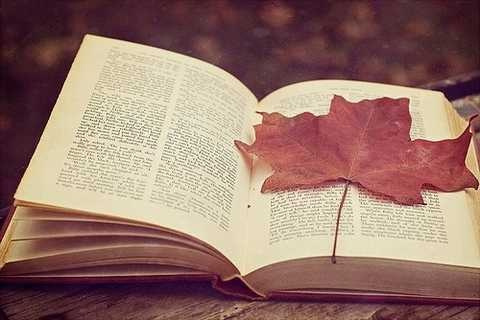 AUTUMN is one of the four seasons most commonly associated with romance because of the vision of lovers walking holding hands through leaves shed by trees in parks and woodlands. This is despite the drop in temperature and if anything the colder weather makes hugs and cuddly behavior even more necessary. Spring would probably claim first place but the pre-winter months are also linked to themes of the heart and inspired the great poets to write verse that captured the months of September, October and November so that the impressions lived on in their work.

William Blake is a colossus of art and poetry. Born in Soho, London in 1757 his legacy as an artist is of such high standing that his poetry is often overlooked. But one cannot ignore the power of hymn-like Brit anthems such as Jerusalem, which rivals God Save the Queen in evoking national pride. His little known poem To Autumn was one of four about the seasons; with the word To  opening the title of the others too. The poem was included in his first book of verse Poetical Sketches.

With the blood of the grape, pass not, but sit

Beneath my shady roof; there thou mayst rest,

And tune thy jolly voice to my fresh pipe,

And all the daughters of the year shall dance!

Sing now the lusty song of fruits and flowers.

“The narrow bud opens her beauties to

The sun, and love runs in her thrilling veins;

Blossoms hang round the brows of Morning, and

Flourish down the bright cheek of modest Eve,

Till clust’ring Summer breaks forth into singing,

And feather’d clouds strew flowers round her head.

“The spirits of the air live on the smells

Of fruit; and Joy, with pinions light, roves round

The gardens, or sits singing in the trees.”

Thus sang the jolly Autumn as he sat;

Then rose, girded himself, and o’er the bleak

Hills fled from our sight; but left his golden load.

Poet John Keats was born in not so leafy Moorgate in the City of London, however, when he moved to Highgate in 1817 it was still a leafy village outside of London and that may well have inspired him to write this autumnal ode in 1819 during his brief but impactful four years as a poet. Some accounts say he wrote it during a trip to Winchester. Perhaps his predecessor Blake may also have been a source of inspiration because he didn’t even bother to change the title. His poem was also called…

Season of mists and mellow fruitfulness,

Close bosom-friend of the maturing sun;

Conspiring with him how to load and bless

With fruit the vines that round the thatch-eves run;

To bend with apples the moss’d cottage-trees,

And fill all fruit with ripeness to the core;

To swell the gourd, and plump the hazel shells

With a sweet kernel; to set budding more,

And still more, later flowers for the bees,

Until they think warm days will never cease,

For summer has o’er-brimm’d their clammy cells.

Who hath not seen thee oft amid thy store?

Sometimes whoever seeks abroad may find

Thy hair soft-lifted by the winnowing wind;

Or on a half-reap’d furrow sound asleep,

Drows’d with the fume of poppies, while thy hook

Spares the next swath and all its twined flowers:

Steady thy laden head across a brook;

Or by a cyder-press, with patient look,

Thou watchest the last oozings hours by hours.

Think not of them, thou hast thy music too,—

And touch the stubble-plains with rosy hue;

Then in a wailful choir the small gnats mourn

Among the river sallows, borne aloft

Or sinking as the light wind lives or dies;

The red-breast whistles from a garden-croft;