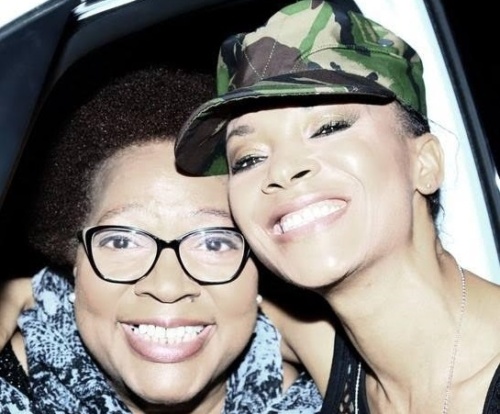 Club promoter Elizabeth Young recently enjoyed success in attracting US soul singer Jocelyn Brown to her 80s night at the Edge Nightclub, Norbury where she performed crowd’s favourite Somebody Else’s Guy during her half hour set. She now shares her views on the changing and ailing nightclub scene and how she believes it can be revitalised.

Young in name and nature, Elizabeth has attracted recent press coverage about her youthful looks. Despite being 50 years of age she looks considerably younger. A headline article in The Sun which read ‘SKIN-PRESSIVE! Incredible Photos Show ‘The Woman Who Could Pass for A Woman In Her Twenties’ and a similar one in the Daily Mail would have been no surprise to her as she has spent the past decades carefully watching her health and wellbeing with a fitness regime which has enabled her to effortlessly keep pace with the London club scene. A 2008 appearance on Channel 4 reality show Supersize vs Super Skinny saw her dietary disciplines publicly aired.

In conversation with What’s Hot London?’s Eddie Saint-Jean, Elizabeth said: “My love for music started when I was very young. I used to listen to the charts every Saturday. In those days there were only a few radio stations such as Radio 1 and at that time Kiss FM was just a pirate station, therefore you were forced to listen to music beyond just your personal tastes.”

“When I was eighteen I started to go to clubs and loved the nightclub scene in London, particularly at Camden Palace and I even began working there. I thought to myself I love this place so much how can I get to a situation where I’m here all the time? Well I just rang up and enquired and they hired me. But I soon realised working in a club and dancing in one are two very different things. As the years passed I noticed the music and the crowds changed and therefore so did my clubbing habits. I didn’t do it as often because I no longer saw the familiar faces on the dance floor.”

Pressed on the relationship between ageing and clubbing she says: “The moment that really changed my perspective was back when I was a 19 year old clubbing in the West End. One night I saw a guy with grey hair being laughed at because he was on the dance floor. From then on I said I’ll never grow old because people become prejudiced against you. When I say I don’t want to age this is not in a vain way but just regards being able to enjoy myself regardless of the conventions in society.”

She identifies the different habits of young and old as something that needs to be reconciled if the nightclubs are going to be filled again. “Back in my day you didn’t think about drink or any kind of stimulus to keep you on the dance floor because the music was sufficient. Nowadays there might be some young people who don’t know how to have a good time without getting drunk and also perhaps the older generation are scared to join the clubbing scene because of ageism.”

Her chance to make a mark on the club scene would one day arrive. “I waited for the an opportunity because I used to be a DJ and know a lot about music and playing it to get the right energy. That chance came with my 50th birthday. I used that celebration as an enticement for people who haven’t been out for a long time and realised that there was a market for this when I saw the place packed out and everyone enjoying themselves. It was then brought to my attention that clubs were closing down because of changes in people’s socialising habits. But having been a serial clubber myself I believe this comes from the wrong type of music and energy. The current scene is not conducive to a fun night of clubbing.”

Enterprising Elizabeth Young now seeks to change that and after her successful 70s and 80s nights she’s very much in the driving seat to do so.