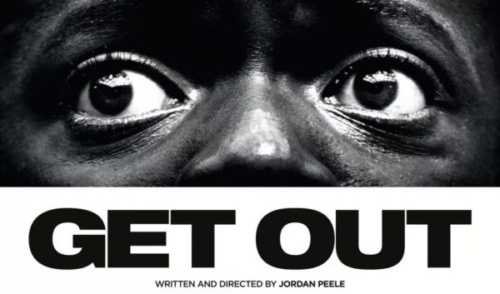 Review of: Get Out (Film)

“Your parents know I’m black don’t they?” asks Chris (Daniel Kaluuya) as girlfriend Rose (Allison Williams) prepares to take him to the lakeside estates of Upstate New York to meet the, on the face of it, middle-class liberal mum and dad. And so begins Guess Who’s Coming to Dinner horror style circa 2017.

The characterisation and plot development in these early scenes are spot on, with the audience squirming at the ‘too nice’ family sat around the dinner table trying not to broach the subject of race but every now and again putting a foot in it. That, however, is not the chief concern – even at this stage you pick up on something ‘not quite right’ about this white picket fence set up. There’s a prickliness in the air which descends into near confrontation when Rose’s brother leaps out of his dinner seat and challenges Chris to a wrestling match after comments about black people’s genetic makeup.

Samuel L Jackson’s recent comments about a black British actor being selected to play an Afro-American are all but forgotten as Daniel Kaluuya proves himself a perfect choice; a subtle, believable actor who is faultless in every unfortunate circumstance his character is thrown into. And there are many of them, and this is one.

Chris tries not to bat an eyelid when he sees black servants on an estate, which has the air of a Southern plantation. And it is here the film drifts into Stepford Wives-style creepiness as the maid and gardener’s lobotomized, smiley nature has him questioning their odd behaviour. The maid, in particular, has the soulless, anodyne look of the Stepford thriller of the 1970s.

Despite this early promise, the plot required greater work to meet the massive expectations one has of seeing the biggest grossing African-American film of all time. Although both amusing and entertaining throughout, there were areas where one’s suspension of belief would not shift in the nudged direction – even though it was a comedy-horror, two genres where suspension of belief can be cleverly compromised. Also, the central reason why the young man is being lured to this odd and secluded community in the first place was explained away so quickly in one of the concluding scenes that you might almost miss it. Show don’t tell.

However, it remains an inspiring debut feature by director Jordan Peele, made for a budget $4.5million and taking the genre to unchartered waters with a cosy white middle-class family as the bad guys and their victims all black. A good idea that could have been better executed with subtler touches at script stage. A memorable lead performance by Daniel Kaluuya.