Home  /  Features  /  From Renaissance to Street Artists: The Italian Influence in London

From Renaissance to Street Artists: The Italian Influence in London 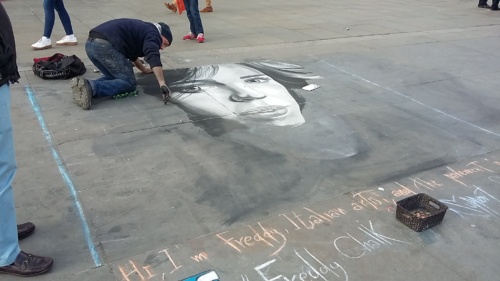 A few days back on April 15th, the birthdate of one of the Renaissance masters, Leonardo Da Vinci, was celebrated both in his home town of Florence and in some corners of London. More caught up in attracting custom than commemorations, an Italian pavement artist who goes by the street name Freddie works on a portrait; the pavements of Trafalgar Square immediately outside the National Gallery are his makeshift canvas while a more illustrious exhibition inside celebrates the masterpieces of two of his countrymen Michelangelo and Sebastiano.

With the recent Saatchi exhibition by Italian street artist ALO bridging the gap between the street and studio and he being touted as one to watch this year, the cultural significance of Italian artists has never been greater. Taken as a whole, their impact on art – its history, development and era-shifting demarcations – is arguably unmatched by any other nation.

It’s the Early Italian Renaissance period that most people associate with their cultural hegemony but even before that the Classical Antiquity period was dominated by Greco-Roman art, sculpture and design. Ancient Rome carved an indelible Mediterranean mark from as early as 700AD as it established trade and military links in Europe, South West Asia and North Africa. 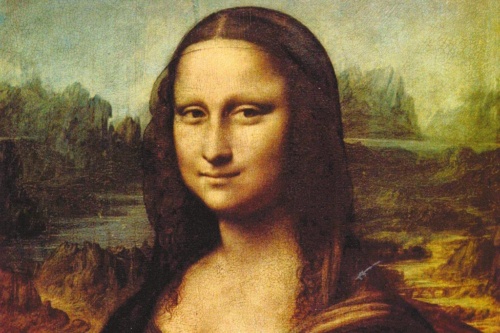 Leonardo Da Vinci’s emergence during the Early Renaissance period 1400-1479 occurred when Florence blossomed as the heart of global art and culture. The powerful Medici banking family used their considerable wealth to ensure this Italian region was without equal and Da Vinci received the generous commissions and patronage for his genius to flower unhindered. Masterpieces such as the Mona Lisa and The Last Supper were the result of his surgeon-like anatomical studies and advances on aesthetic beauty, balance and proportion. Sculptor Donatello (1386-1466) and painter Botticelli (1445-1510) were among the many masters who thrived in the Republic of Florence. But the lesser known Masaccio, Bellini and Uccello deserve a mention.

The High Renaissance period of 1500 – 1530 saw Michelangelo’s undoubted genius proclaimed with his first notable commission, the statue of the biblical hero David which was originally meant for the roofline of Florence Cathedral. Leonardo was on the Florentine committee overseeing the work but passed it on to Michelangelo – an era-defining passing of the baton.

Michaelangelo’s technique matured into a Mannerist style of painting which built on Leonardo’s focus on Renaissance beauty and proportion but now exaggerating these qualities with features such as unnatural colour, elongated limbs and marked poses which created an idealised sense of drama and adoration. Around this time Rome had edged Florence as a cultural centre. Even his protege Sebastiano had left his hometown of Venice and embraced Rome’s Mannerist style – with a touch of the Venice School always evident. Titian (1488-1576), also from Venice, admired these developments whilst keeping an aesthetic distance and honouring his Venetian roots.

However, it was this Mannerist style of painting which would trigger the emergence of a London art movement hundreds of years later as the Pre-Raphaelites of 19th century Bloomsbury developed an appreciation of beauty which was a deliberate reaction to the High Renaissance and namely Raphael. The Italian legacy, therefore, underscored by rebels and traditionalists alike and inevitably reshaped by contemporary practitioners seeking to carve their own niches whether in cosmopolitan galleries, studio canvases or on city walls and pavements. Indeed, graffiti is an Italian word but so is Leonardo.