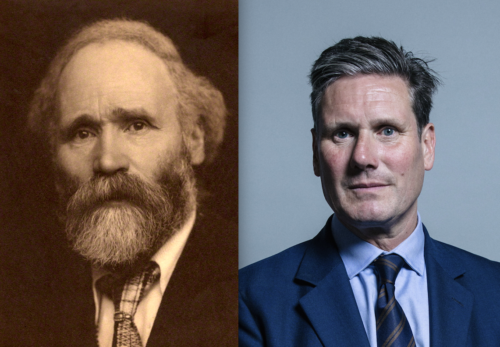 Labour MP Sir Keir Starmer has emerged as a frontrunner to be the leader of a Labour Party that has experienced extraordinary swings in popularity in recent years. Many in the party hope that he will bring an end to this election see-sawing and present a unifying centrist mandate and show the electorate that Labour is a credible government-in-waiting. His rise to prominence has raised greater awareness about his historic namesake Keir Hardie.

Born in 1856, James Keir Hardie was a Scottish trade unionist who founded the Labour Party and whose own political ideology is more closer to Jeremy Corbyn’s than Starmer’s. Keir Hardie’s working-class roots were the force behind his desire for a socialist Labour Party that protected workers rights and fought for social justice. He was uneducated until the age of 17, then taught himself to read and write. He came up the hard way, working in a bakers aged 8 and age 11 as a coal miner. Incredibly, he was the only breadwinner in the family even at that young age.

It was in this colliery that his political career took an unexpected turn when the first union was introduced. It was Keir Hardie who roused the workers and organised Lanarkshire’s first ever miners’ strike but this led to him losing his job and being blacklisted across the region. However, his political vocation was unstoppable

He founded the Scottish Labour Movement in 1888 but in 1892 he moved to East London to stand as the Independent Labour Party’s MP for West Ham. He won the West Ham South seat, becoming Britain’s first socialist MP and eventually the party’s chairman and leader. It was a formidable feat. To do so he had to win over the working-class vote against the upper-class, rich Conservative candidate Major George Banes. The Victorian press called this political duel: “the major versus the miner.” West Ham’s constituents voted 5,268 in favour of Keir Hardie and 4,036 for the incumbent Banes who was rarely seen in the East End or in Parliament when West Ham’s MP. 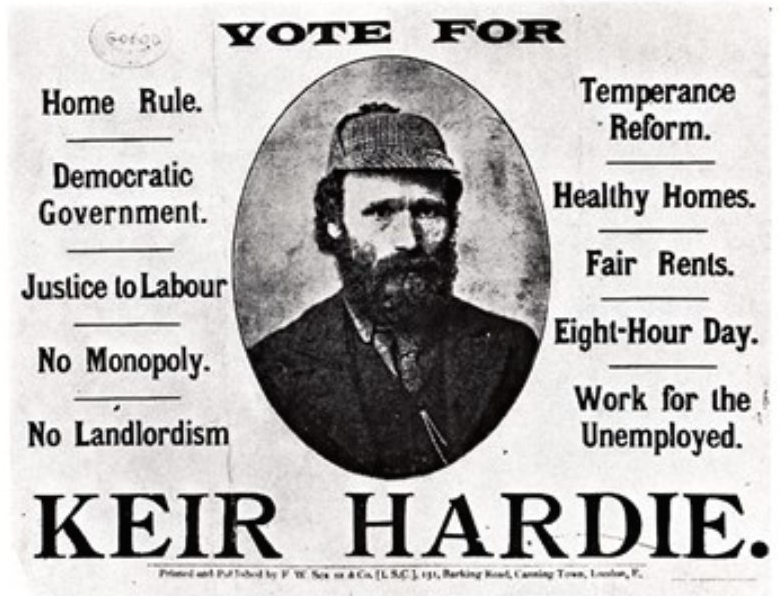 Hardie was still at the helm as the party changed its title to the Labour Representation Committee (1899) and later the Labour Party. By 1906 he was, of course, the first Labour leader in the House of Commons. Like Corbyn, an unshakeable, outspoken socialist and pacifist he spoke in favour of Indian self-rule and against the Boer War. He stood shoulder to shoulder with Emmeline Pankhurst in East London as they roused the poorer classes in his constituency and beyond to back social change. He became the Suffragettes chief adviser.

This connection to East London in general and Newham in particular is felt even today because of that political legacy. Keir Hardie’s West Ham ward covers most of the London borough of Newham and he was West Ham MP from 1892-95. In Canning Town, Newham the Keir Hardie Estate, Keir Hardie Primary School, Keir Hardie Recreation Ground and Keir Hardie Methodist Church ensure his lasting memory in the borough .

Fast-forward a century or so and the political party created for the working-class has struggled since 2005 to connect with its core electorate. The ideals of Keir Hardie were reborn in Jeremy Corbyn but the nation has moved to a centrist position – and Labour supporters with it. Many believe that the party’s future success lies with Keir Hardie’s namesake Keir Starmer who presents a more relatable 21st-century mandate for social justice.