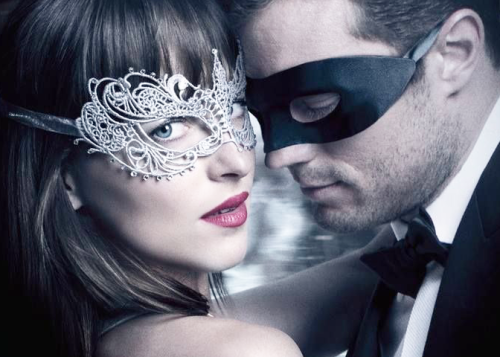 In the second instalment of Fifty Shades billionaire Christian Grey (Jamie Dornan) wins back sexual soulmate Anastasia Steele (Dakota Johnson) by suggesting new and improved terms for their ‘arrangement’. It all sounds very contractual but there is nothing business-like about round 2 of their relationship, with both showing early signs of a desire for deeper commitment.

The ubiquitous slightly under-lit quality of most of the scenes indicate dimmed out, dusky goings on are only ever a few frames away – as they obviously are. By today’s standard the merest hint of eroticism; Grey’s possessive brand of loving which he is happy to call sadism seems in any case cinema blockbuster-lite.

If you’re wondering how a franchise like this can survive let alone thrive with such a wafer-thin premise then the director, cinematographer and production designers have to be commended for their focus on atmosphere. It’s the stirring vibes and consistent stylistic elements that make it engaging, consuming and easy to follow. Suddenly, the absence of an Oscar-winning plot is no longer a priority.

This is a study in human nature and the audience as voyeurs are bound by curiosity as well as aesthetics. Reduced to their primal natures, Grey and Steele are almost like two animals, in the best sense of the word. This is a human zoo, and with their focus on experimentation, the director’s canvas becomes something of a petri dish. However, you’re never waiting for anything to develop, always expecting something to happen.

Every now and then we are reminded of the other players in their lives. Steele’s seedy boss, Jack Hyde, the Commissioning Editor, at Seattle Independent Press (S.I.P) tries it on with her. Her disturbingly possessive billionaire boyfriend Christian buys out S.I.P as if it were a bunch of roses when he discovers she works there, so you can guess what happens when he finds out about Hyde’s behaviour.

Johnson never plays it straight as Anastasia. Her warm and approachable manner is laced with deeper nuances; is she taking the whole thing seriously? Can she ever do so when in a relationship with someone as mixed up as Grey even if he goes on bended knee and asks for her hand in marriage? A ring in one hand an S&M contract in the other. Well, he doesn’t exactly do that.

He is committed to change in exchange for true love but has other demons, other obsessive past lovers who for all their gun-wielding dodginess would not look out of place as bedmates with him. And that doesn’t say much for him. But he’s still the movie’s good guy. It’s certainly watchable if only to admire Johnson and Dornan’s undeniable chemistry, the balance is just right between steering clear of physical and emotional cliches yet making the characters human and attractive enough for the audience to invest belief and empathy. In this respect, Johnson has one or two more acting strings to her bow.