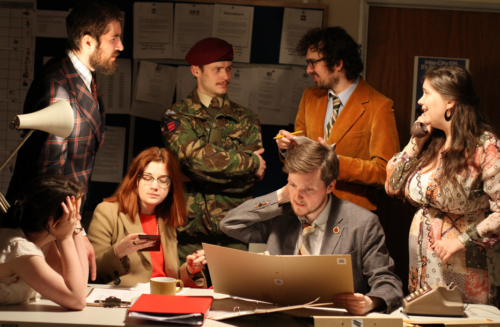 It’s 1979, the UK is hit by soaring inflation, economic problems and civil unrest that threatens to spill over into full-scale rioting. Jim Callaghan’s Labour government are hanging on to power by a thread while opposition leader Margaret Thatcher threatens to call a no-confidence vote. But all is not lost. YOU have been appointed special advisor and political strategist to the Labour government: the Dominic Cummings of your day. This is the fate that awaits you when you participate in Crisis? What Crisis?, an innovative new immersive theatre production by COLAB Factory.

If you find the Dominic Cummings comparison daunting, fear not, because even though the imposing life of a powerful government advisor is truly felt, it’s not machiavellian enough to have any simmering Savid Javids in the camp retiring all over the place just to get away from you. In fact, the COLAB Factory take on political life is downright enjoyable knowing full well you can walk away from the threats of national strikes and nuclear attacks at any time and return to your normal day job as a barman or hairdresser.

Yes, you are both audience and actor in this immersive office day that starts as soon as you ring the doorbell to gain entry to the building. The receptionist resolutely greets you as your character even as you attempt your feebly warm “I’m here for the immersive thing.” Her no-nonsense nasal whine reminds you that you are actually a government special advisor and not Sebastian from the Dog and Duck down the road. And it’s no longer autumn 2019 but January 1979 – the Winter of Discontent. The coldest, bitterest winter in decades alongside the bitterest of political events, with seven state of emergencies in the last year alone and the nation facing political collapse. 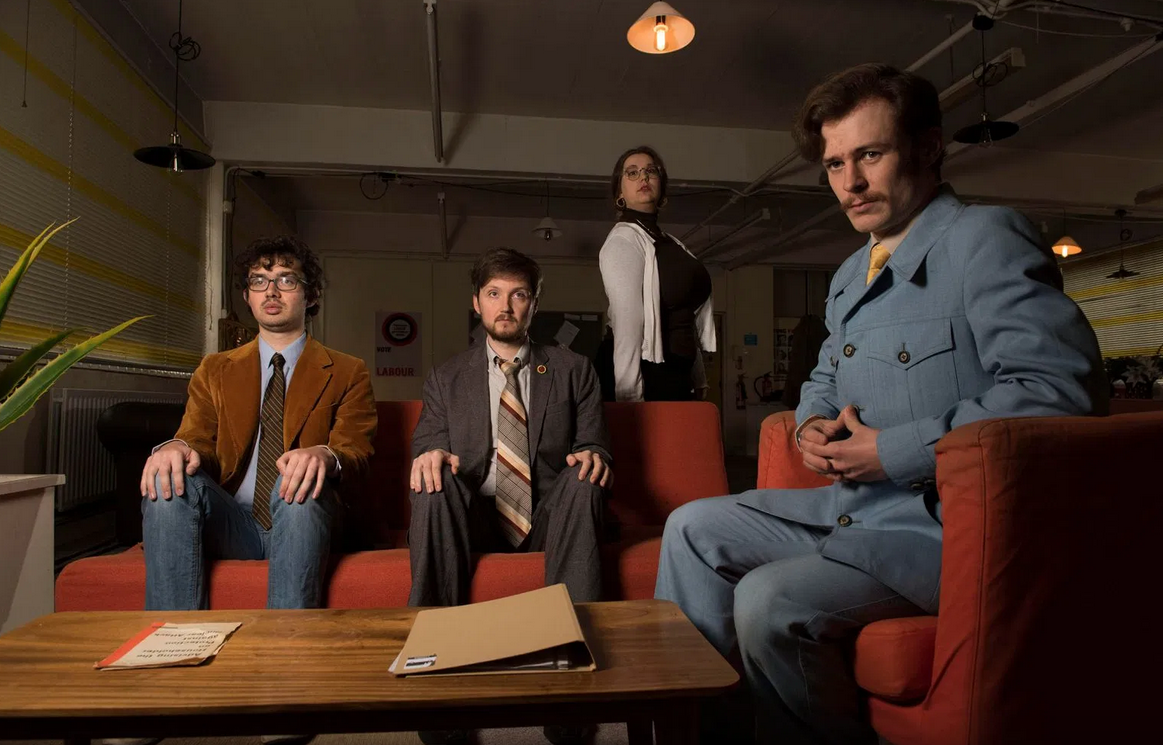 The set production in this large office is true to the furniture and décor of the 1970s, with old-fashioned dial telephones dotted around the place and a TV set showing non-stop runs of a younger Margaret Thatcher being interviewed about the Callaghan government as she pushes for a no-confidence vote. The sounds of Gerry Rafferty’s 1970s hit Baker Street draws you across the room to the bar where the handle bar-moustached barman’s garish 70s jersey let’s you know in no uncertain terms that you have jumped a few decades back. “Cold out there,” he comments, even as you insist it’s a pretty mild autumn for this time of year. But you’ll get it soon enough.

The doorbell now begins to ring constantly as the other actor-audience participants arrive, all none the wiser about what is about to take place. And what takes place is political anarchy. It’s 1979 and the country is falling apart. Lorry drivers, miners and just about everyone else are threatening to strike if their demands are not met. Problem is, you have to watch out for the knock-on effects of rising inflation etc. and the UK economy is already teetering on the brink. A Labour head honcho gathers everyone around and reminds you of your duties as government special advisors. You have to handle negotiations with disgruntled union leaders as well as stave off the no-confidence vote which could bring down the government. 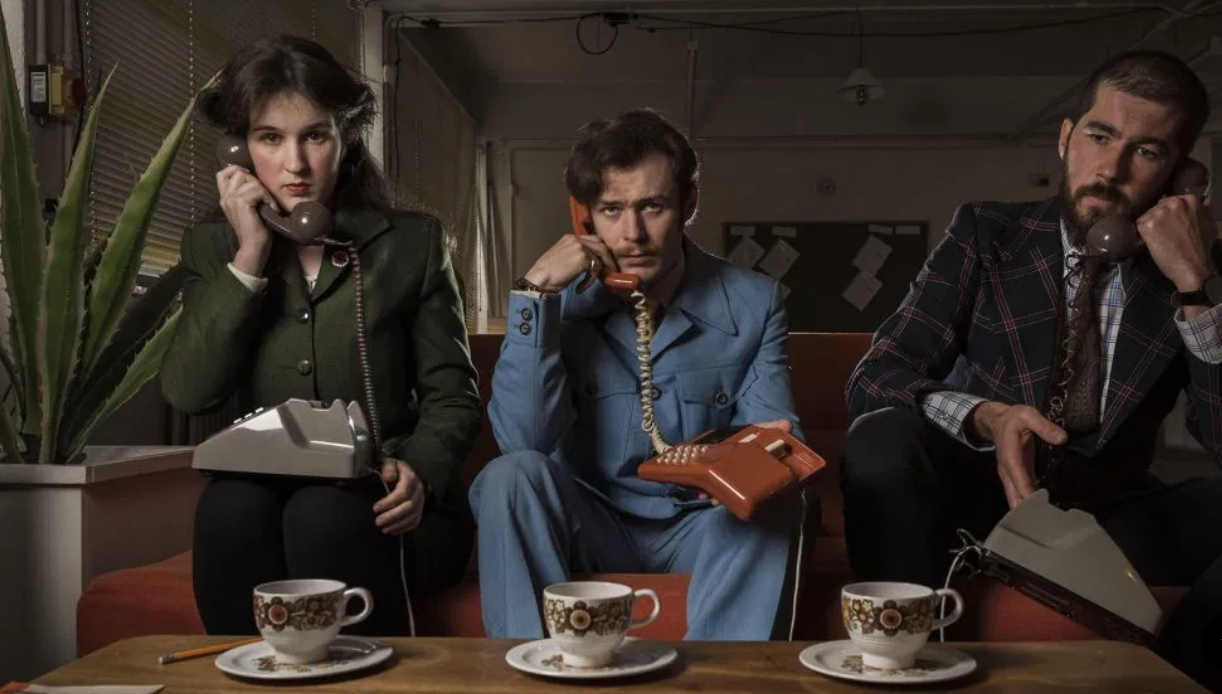 Phew! There’s barely time for a breather and you’ll need loads of cups of tea but you’ll get first-hand experience of the machiavellian political goings-on at the highest level. You’ll also feel what the Boris Johnson camp went through as similar calls for a no-confidence vote were triggered by his own threats to prorogue parliament. How far would you go to get a political deal done? Blackmail, bribes, sweeteners? Or would you be the epitome of a morally sound political servant? COLAB Factory’s Crisis? What Crisis? gives you the opportunity to see how being in the midst of all this turmoil may well make you cross that line when desperate.

The bottom line is it’s all entertainment. Fact and fiction are blurred for creative effect and to keep you on your toes but all thoroughly enjoyable. The scenarios change with every performance. Who knows? On one day you might be in an office that has the no-nonsense steely atmosphere of the Dominic Cummings camp or the next day a sliver of the slapstick of the 1970s Carry On films, minus the double entendres but with much of the frenzied shenanigans and clever asides.

So which one will you get? It’s worth turning up to see, but leave your day job at the door.