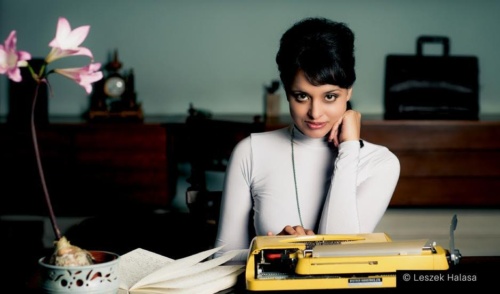 Review of: Companions Of Clay (Book)

What’s Hot London? readers will, no doubt, warm to a novel that has many a London landmark and postcode featured in its surreal depiction of coma dream states. The author Safeena Chaudhry, currently runs a monthly literary event called Novel London at Waterstones which she offers as a platform for promoting other writers’ work. You’ll notice both Waterstones and her debut novel Companions of Clays (which took ten years to complete) get plug-like mentions in the latter chapters of her book. One of her characters mentions passing a Waterstones on Gower Street and seeing a novel called Companions in the window. You’ve got to admire Safeena’s foresight as well as her love of the capital.

But London has never been depicted quite like his. In the 1990s there was an unforgettable Dunlop commercial set in the surreal nightmare of an Arizona desert,  with that eerie Venus in Furs soundtrack in the background. This is the type of hell-state that greets Rafiq Rahman who is unable to wake from a coma after an unexplained accident and is caught between the nightmarish purgatory of being shut out of Hell but unable to return to consciousness in his hospital bed. Notably and coincidentally, some of the sexual themes explored in the Venus in Furs book which inspired the Velvet Underground single turn up in Companions. Both books are also about dreams. That’s where the similarities end. Drawing these comparisons sets the scene but will hardly prepare those of a timid disposition or a history of heart problems. But put the pacemaker on hold for now.

You’d have to be a real wrong un’ for even Hell to tell you you’re not coming in. That’s about as low as it gets. So what exactly has Rafiq done to deserve all this? At this point even he doesn’t know and inevitably the story unwinds to fill in these blanks. He’s a British-born Pakistani male, gay and a one-time prostitute. And he hates his dad. This hate runs thick. A bile-filled relationship that serves well the putrid undertones of his visions of hell which flash in and out of the sleep of the family members and friends he stalks while they are dreaming. The two states of consciousness are often inseparable in this brutally poetic piece which pushes literature into its final visually disturbing, mind-altering overlap with the type of 2D art we usually associate with Dutch artist Hieronymus Bosch. He was famed for his surreal depictions of nightmares and hell.

The author’s skills in describing this dream state journey are so effective that sometimes it becomes a sensory overload that will have you scratching your creeping flesh and scrambling to keep up with the flitting in and out of conscious states. But where you do you’ll find it’s a startlingly original concept, dealing as it does with a British Muslim family, their estranged relationship with an abusive father and a wayward son who shatters all their social norms.

Rafiq often makes passing references to taking drugs. That is, he ponders whether they triggered his accident. You do too. Is this whole existential nightmare a hallucinogenic trip that went disastrously wrong and he’s going to wake up and find out he’s overdosed? That’s the level we’re talking about here and it’s also a good indicator of the car-crash lifestyle he seemed to be living before his abrupt comeuppance slows him down. But no. It isn’t drugs.

His sister Amber, whom he is very protective of, and Rafiq himself are presented as individuals that challenge ethnic stereotypes. You’ll spend a lot of time thinking “Did he just do/say what I think he did?” which perhaps may force you to question your own beliefs and boundaries. Some readers may be in for a shock, but all creativity is subjective. The author’s voice is allowed to reach out in an unbridled, uninterrupted flow which is reminiscent of the creative streams that drove painters such as Jackson Pollock or the drug-driven odes of the 50s Beat-Poets.

But this isn’t Jack Kerouac, William S. Burroughs or Allen Ginsberg. This is 2016. And this is the book to read this year.