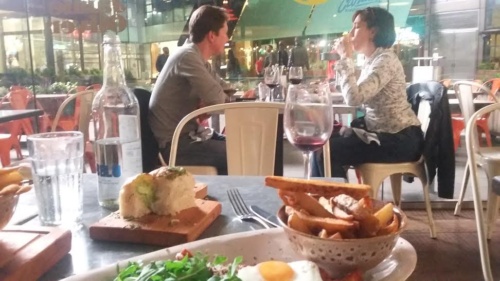 WELL RESPECTED Shepherd’s Bush gastropub the Princess Victoria closed this month with owners the Affinity Group also shutting shop on two other establishments, the Lady Ottoline in Bloomsbury and the Dickie Fitz restaurant in Fitzrovia.

Back in 2016, it was named London County Dining Pub of the year by the Good Pub Guide and Nigella Lawson famously popped in for one of their Scotch eggs. Food connoisseurs such as herself and food writer Tom Bowles, cementing this new-found status with their very public approval.

Ultimately, none of this mattered to the staff that turned up on July 1st to find the doors locked, also 80 staff across all three establishments have now lost their jobs. This former Victorian gin house had been open since 1829 but owners admit that if it is reopened it will be without them at the helm.

The abrupt closure caught the Affinity Group unawares as they claim they weren’t informed until 7am that morning – too soon to respond to all the tables pre-booked for that day. A non-functioning website and a last tweet dated June 28 evidence of the sudden change in fortunes in a sector swayed by the fall in bookings since the political and economical turmoil of Brexit.

It follows Jamie Oliver’s decision to close six of his Italian restaurants at the start of the year with chief executive Simon Blagden citing post-Brexit trading pressures.