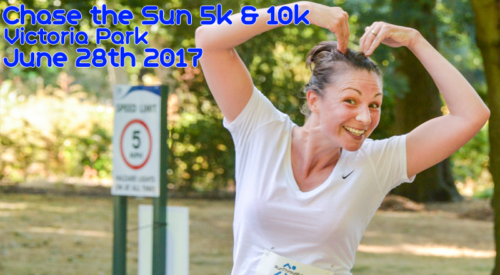 RUN THROUGH have announced a Chase the Sun 5k and 10k event at Victoria Park for middle distance runners of all ages. So named because it’s a race against self till sundown. The aim is to set off at 7pm and whether you choose the quicker 5k or the more challenging 10k the sun is your only competitor, crossing the line before the setting of the sun the only marker of victory.

Every entrant is rewarded with a Chase the Sun-themed medal whether they achieve the feat or not. Expect up to 400 runners gathered at London’s oldest park for this midweek joggers challenge which has now become an established feature of Run Through’s event series.

Tagged with:     Chase the Sun