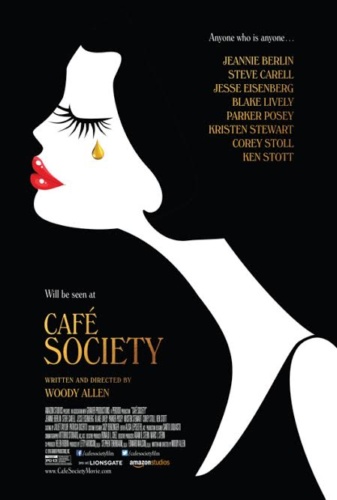 Slightly hunched, nervy, affable and with more than a passing similarity to Woody Allen himself (but not in looks), the lead character Bobby (Jesse Eisenberg) is without doubt the movie’s beta male alongside the gun-toting, hood-killing alpha male that is his mobster brother Ben. The opening scene leaves you in no doubt about the balance of power in his family, with Bobby being fussed over by his mollycoddling mother like he’s a nine year old while Ben in turn fusses over his mother, stuffing a couple of grand in her hand to take care of herself, like its spare change and ensuring her the money’s legit. This then is the Jewish quarter of New York in the 1930s, just before mom shuttles her youngest son Bobby off to Hollywood to work for his Uncle Phil a big time movie agent.

LA’s bright lights beckon and actor Steve Carell is totally believable as the perma-tanned, bespoke-tailored, Phil Stern who is forever swanning around in high society parties, casually name-dropping the likes of Gloria Swanson, Judy Garland and Greta Garbo, with his hopelessly out of place nephew inevitably in tow. The lavish mansions and society night clubs he frequents are a tribute to a more romantic period of American history when mob chiefs dined with Hollywood executives and the political elite in only the coolest jazz joints. A set designer’s dream.

The most notable quality in any Woody Allen movie is the infectious dialogue and here it is no exception. Note the effortless, natural acting during Bobby’s exchanges with his love interest Vonny, (Kirsten Stewart) his uncle’s secretary, that draws you in to the point you almost feel like interjecting when one of the characters says something you disagree with. It must be said, Woody Allen’s movies are so dialogue-driven he has no choice but to employ the services of the elite casting agents and check the skills of potential cast members with a fine-tooth comb. With no big screen distractions of aliens being shot out of the sky or superheroes beating up ten villains at a time his films would fall apart otherwise. Did anyone mention that Bobby’s love interest is also his married uncle’s lover – and they both want to marry her?

You’d have an interesting New York vs Hollywood family battle right there if the stutteringly diffident Bobby had the guts to stand up to his adulterous uncle and fight for the woman he loves. Drag in his mobster brother and then this is clan-crazy fisticuffs for certain. But none of this happens. Family is everything. Phil refuses to say a bad word about his adorable nephew and beta male Bob shuffles back home to mom in New York alone.

The evolution of his character is questionable at this point as he never hardens or develops a strong backbone even when he is made manager of his villainous brother’s nightclub and has first hand experience of the sometimes beautiful sometimes nasty real world beyond his mother’s apron strings. However, this is also a refreshing take on characterisation. Nature or nurture? Bobby was born a nice guy, genes, DNA strands and all. Is he going to slip into the nefarious archetype so easily just because life has dealt him the odd dodgy card. You can make your mind up about that one.

This movie is vintage Woody Allen and a masterclass in so many areas from cinematography to directing. It’s no Annie Hall but then what is? It’s a refreshing antidote to the endless factory-produced Hollywood fare that seemingly tick all the right marketing boxes except for that elusive one in the heart. It will engage enough for you to actually care and flick through google as the credits roll for information about Cafe Society 2. Oh there has to be a follow up movie. Just wait till you see the way this one ends.