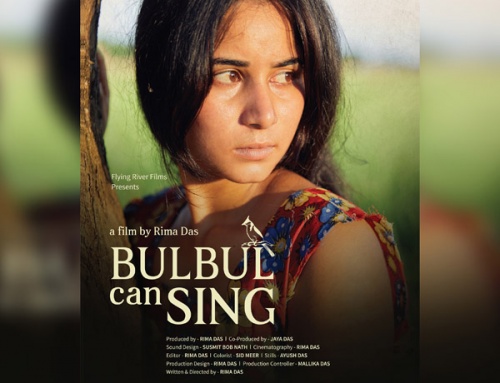 Review of: Bulbul Can Sing (Film)

The London Indian Film Festival is now in its 10th year, bringing South Asian filmmaking talent to the capital with red carpet events at renowned independent film centres such as BFI Southbank and the Barbican Cinema. London’s oldest cinema, the Phoenix, north London and Stratford Picturehouse, east London are also amongst the venues showcasing the emerging and established talent. This year it is sponsored by the Bagri Foundation, who have a track record of supporting the arts across Asia.

Bulbul Can Sing is director Rima Das’s third feature, which she, no doubt, hopes will emulate the success of Village Rockstars (2017) which won a raft of international awards. Her current film is a thoughtful and stirring coming-of-age movie, following the template of its award-winning predecessor. It has already won many prestigious awards across categories in Europe and Asia. Rima Das, wrote, directed, shot and edited the movie so you can bet most of those awards are in her trophy cabinet!

The title seems a curious choice at first. Based in a small village in rural India, the fifteen and sixteen year olds are too busy discovering their own identities to put too much passion into their weekly singing classes at school. So beyond Bulbul being told off by her singing teacher for a lack of effort during one such class, there isn’t much singing going on. Unless you count the cadence of the unspoilt Assamese rainforests themselves, which seem to hum responsively in this seemingly idyllic, rural setting. It’s based in a region of northeastern India, surrounded by Tibet, Burma and Bangladesh. But other than that, no, Bulbul doesn’t really sing at all. It’s only right at the end of the movie you understand the title choice.

Bulbul soon becomes aware of a poetry-writing admirer in her school who uses his verse to catch her attention. She’s charmed by his romantic words and wiry good looks. Already, you can sense her engaging aura, a non-judgmental nature that draws others to her. She has her own little gang of close pals hanging around her for acceptance and support – including Sumu who is teased by the other boys in the village for being effeminate and given the nickname ‘Ladies’. Bulbul looks out for Sumu but at a fateful point in the film Sumu fails to do the same for her.

Bulbul’s teen romance throws the village into uproar when discovered by a village mob. School, family, marriage and other cultural institutions become discussion points with tempers raised and overprotective parents, at first, threatening violence. Issues of ‘honour’ and ‘shame’ emerge but the film deals with these in a sensitive way – avoiding stereotypes but braving other areas which require open discussion.

The village’s fierce reaction to young love is portrayed as cultural in nature and not down to religious belief. Reputations are everything in such a claustrophobic village environment where everyone knows everyone. It now hangs heavy in the rural setting, accentuated by the clawing silence of evening – a silence broken only by Bulbul’s father losing his temper over the matter.

A broken child’s swing, a close up of a red grasshopper climbing a tree and a bright red umbrella keeping Bulbul dry in the torrential downpour are all apt metaphors for a shattered childhood, and the blood red colour of anger – even loss of life. Certainly, polar opposite heated emotions such as anger and love can have those who love us most reacting in an extreme way. Her mother’s words to her daughter are inspiring and protective even in the midst of all this heated turmoil. At the film’s end, a rainbow appearing in the Assamese skies are a reassuring thumbs up from the heavens of the power of a mother’s love when the world turns against you.

Tagged with:     Bulbul Can Sing