Home  /  Editorial, Highlights, People, Videos  /  Britain To Close Its Borders To Unskilled Workers – Would You Get Enough Points?

Britain To Close Its Borders To Unskilled Workers – Would You Get Enough Points? 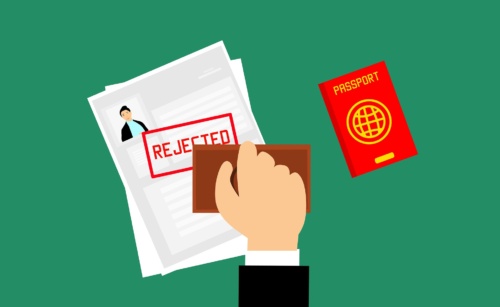 The new immigration system which is based on points has come under examination and scrutiny since its announcement, with much stricter rules for those who apply for visas and essentially eliminating entry to unskilled workers.

Priti Patel, the Home Secretary, has pushed for this new system before in Brexit debates, but has admitted it meant she wouldn’t have allowed in her own parents if the new rules were in place before. The same can be said for Sajid Javid too, who recently stepped down as chancellor.

The new points system requires 70 points to be granted a visa, which has stipulations concerning language, qualifications and the type of job one would have. To see if you would qualify under the new rules, check out the video above detailing how many points you can and get for what.

Under the new system which, Patel has said will improve the economy and attract “the brightest and best”, essentially closes off the borders to unskilled workers and greatly disadvantages those who have offers to work here but earn less than £23,000.

The average salary for both men and women in the UK in 2019 was just over £29,000. While the average salary for those in unskilled work, for example the jobs that don’t require A Levels or a degree, which would gain you extra points in the new system, have the lowest earnings. With bar staff earning an average of £15,000 per year.

Based on statistics from July 2019 from RS Components, it also shows the types of jobs with an average salary that would not gain points under the new immigration system. Those wanting to work under the following occupation would be unlikely to get a visa: Bank or Post office clerks, Pharmaceutical technician, financial administrators, van drivers, fork-lift drivers, sales supervisors, farm workers, butchers, chefs, catering managers, travel agents, senior care workers, hospital porters, typists, fitness instructors, receptionists, beauticians, waiters, and many more.

While all those occupations would generally receive under the threshold for salary points in the immigration system, only a handful of those would qualify for additional points due to needing qualifications of A Levels or equivalent, or more.

One of the main compulsory points to the points system is being able to speak English to a certain level. Meaning anyone seeking to gain entry to the country would have to be a skilled worker in their field but also speak English, while Britons have themselves been dubbed as the worst at learning languages. The European Union average for speaking a foreign language was 56%, whereas that number slumps to 38% for Brits.